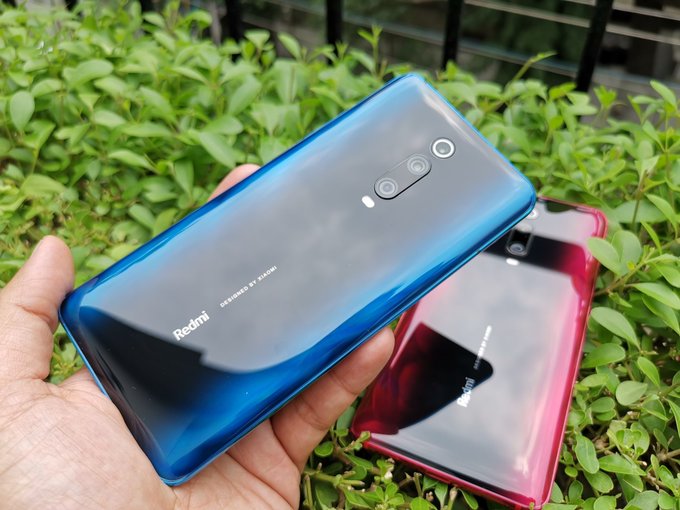 Redmi has officially launched their new flagship killer the Redmi K20 and K20 Pro in India. RedMi K20 Series was launched in China back in May, and now the Xiaomi Sub-brand has stretched its reach to the Indian market.

The Redmi K20 series is a mouth-watering flagship offering great specs while at the same time featuring an impressive body and design.

Redmi K20 Pro features the high-end specs under the hood that you expect in any flagship Android device –Snapdragon 855 SoC paired with an Adreno 640 GPU hence dubbed “Flagship killer 2.0”.

Both devices feature a 6.39-inch FHD+ AMOLED display with a 91.9% screen-to-body ratio, and the screen is shielded by the latest Corning Gorilla Glass 5.  Few notable differences separate the K20 and K20 Pro with the base model being powered by the newly launched Snapdragon 730 SoC paired with an Adreno 618GPU –instead of the Qualcomm’s high-end chip that powers the Pro version.

In terms of photography, both feature a trio-setup on the rear made of a 48MP Sony IMX586 primary sensor, a 13MP – 124.8° – wide-angle lens with an f/2.4 aperture and a 2X 8MP telephoto camera with an identical aperture.

You can achieve 4K video shoots on both devices but the K20 Pro records at 60 frames per second while the K20 shoots 4K videos at 30fps.

At the front of both devices, you get a 20MP pop-up camera which achieves Full HD video recording at 30fps.

A 4000mAh battery powers the duo with Quick Charge 4.0+ support and you get an 18W charger out of the box. But that will be limiting the full potential that Quick Charge 4.0+ technology offers, hence it is way better to chip in a little extra to get the separately sold 27W charger.

If you’re in for the K20 there are two variants to choose from –either 6GB/64GB ROM model or a 6GB/128GB ROM model for those with high storage needs. Redmi K20 Pro also comes in two models with 6GB or 8GB RAM paired with either 128GB/256GB of internal storage respectively.

Availability of the K20 series in Kenya is not clear yet. But if you want to get any of the devices, you can ship from your online retailer across the borders as we all know most of these devices never launch in Kenya after all.