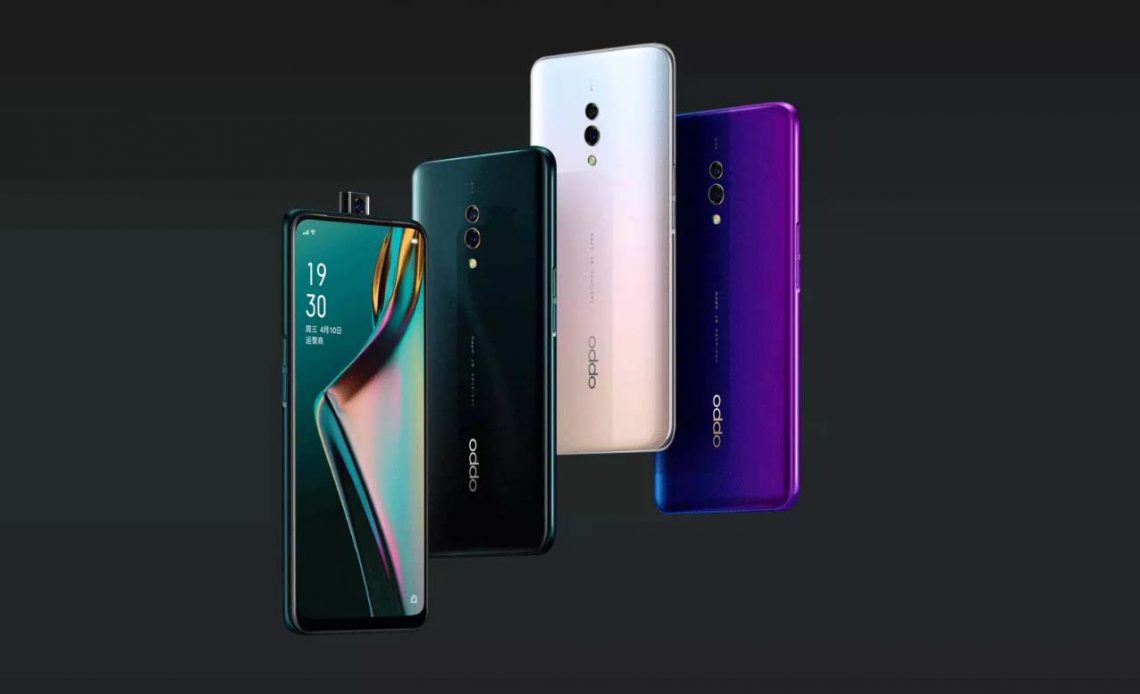 Oppo has officially unveiled its latest smartphone, the K3, after weeks of rumours and leaks. The Oppo K3 has the pop up camera similar to the one that we saw on the Oppo F11 Pro. Unlike the F11 Pro, the Oppo K3 will be available at a much cheaper price. Besides the pop-up camera, the Oppo K3 will be powered by a Snapdragon 710 processor which will be paired with 6GB of RAM.

The pop-up camera mechanism on the Oppo K3 has a 16MP front facing shooter and a dual setup at the back made up of 16MP and 2MP sensors. This is not a bad combination and this is where we start seeing some of the major differences between this and the F11 and F11 Pro flagships that have different cameras.

As for the display, we do get a 6.5-inch OLED one on the K3 with no notch since we do have a pop-up camera. There is also a fingerprint scanner under the display, something we have been seeing a lot recently. With this, you get more screen space to use and I am sure there are people who appreciate that.

The phone comes with Android Pie with ColourOS 6 overlay out of the box. With this, expect to get all the new Android 9 features as well as Oppo’s own customizations thanks to ColourOS.

One of the things that Oppo is taking to its non-flagship smartphones is VOOC 3.0 and you are getting that on the K3. With this, you will be able to charge the 3,765 battery much faster. This battery has a big capacity as is and the ability to charge it faster gives the phone extra points.

The OPPO K3 is already available in China in 6/64GB and 8/128GB variants. The 6/64GB option is available for approximately $230 (about Ksh 23,300 before taxes). The phone is available in Nebula Purple or Secret Black, more colours will be added soon.

Availability of this phone outside China is expected at a later date.

Worth reading...
The Tecno Spark 3 Unboxing and First Impressions