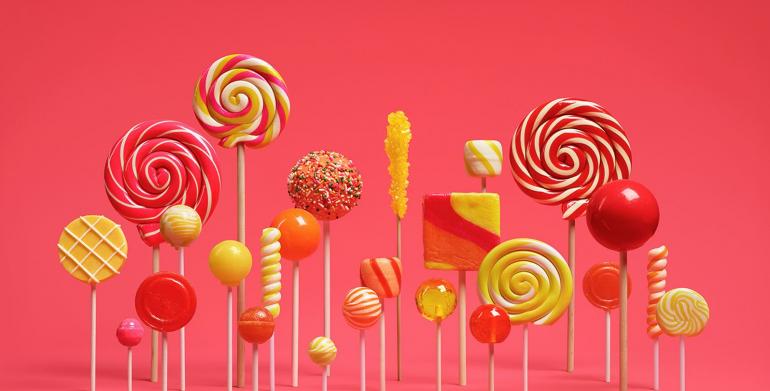 Android 5.0, dubbed Lollipop, was in the works for quite a long time before Google finally announced it at Google I/O before releasing it a few days back. It is viewed as the greatest iteration of the Android platform, and apparently brings a lot of changes to its predecessor, Android 4.4.4 Kit Kat. To this end, let us highlight some of the greatest changes that can be noted from Android 5.0 Lollipop.

The very first thing that anyone will notice with Android Lollipop is the new refined look that acts as its trademark. Called Material Design, the design scheme aims to make interfaces flat and look simple to the eye. Material design aims to revolutionize the way that smartphone UI looks by reducing clutter and enabling a minimalistic feel.

Through Android Lollipop, phone users have the ability to have more than one profile on their devices. Before, this was only possible for tablets, but through Android Lollipop, a user can easily switch between profiles. In addition, the first profile acts as some sort of admin profile. Moreover, each profile can have its own settings such as wallpapers and applications.

This is to Android Lollipop what Project Butter was to Android Jelly Bean, and what Project Svelte was to Android KitKat. It is a new approach towards tackling the issue or battery life in smartphones. Through Project Volta, Google aims to give developers the power to manage power usage by identifying apps that drain battery and consequently make the necessary improvements. Through it, smartphones will have a battery saving mode for the best battery optimization. In fact, the battery saving mode is expected to add up to 90 minutes of extra juice to your device, which is very much welcome.

Notifications are among some of the most important elements that define how we interact with our smartphones. Google realizes this, and has made notifications a major focus in Android Lollipop. As such, you can easily access your notifications from the lock screen. Moreover, they are ordered in priority, and can as easily be dismissed as can be accessed. You can even reply to a text without having to unlock the phone and open the messaging app.

Through NFC, a user can transfer settings, data and apps to new Android devices, hence improving personalization. Therefore, the hassle of setting up a device is greatly reduced as the available apps will transfer their settings from the secondary devices, while the unavailable apps will appear as grey-coloured icons, and will launch their Google Play listing when touched.

The above features only offer a glimpse at what Android Lollipop is capable. It is difficult to summarize all its features into a top five, huge compromises have to be made. For example, Android 5.0 Lollipop has support for 64-bit system-on-chip (SoC). In addition, there is improved GPU support to facilitate better graphics performance. There is also the switch to ART runtime from Dalvik, meaning that app launching will be quicker as a result of the increased storage space for apps. Android TV and Android Auto are also factored in, making Android Lollipop the best for those on course towards a more unified experience. Of course there is still more, and it is sufficient to say that Android Lollipop marks a big leap in the advancement of the Android platform.