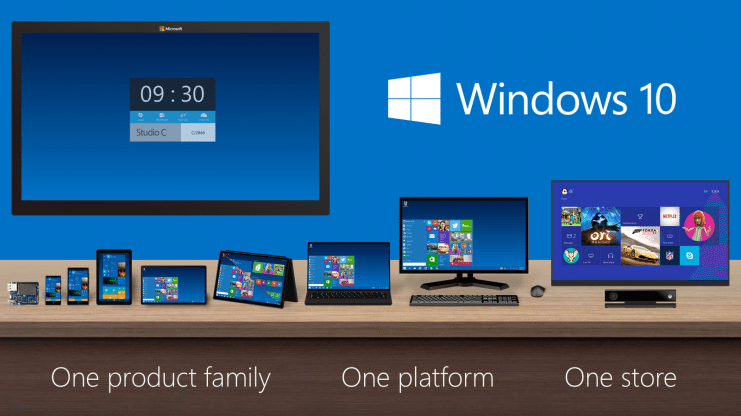 Microsoft released a technical preview of the Windows 10,last week on Tuesday,that is actually creating some anxiety and excitement from all over the world.The Windows 10 is set to be a game changer and a Savior of the ills that had dogged windows 8 OS,and its expected to revolutionize all hardware gadgets from PC’s and smart phones  running on a windows Os.

The Windows 10 tag was actually arrived at from a series of discussions and options,before Microsoft settled for Windows 10.You might all have heard about Windows 9 which was purposed to be its official name however Microsoft ditched it for Windows 10.There were also rumors of the OS being tagged as Windows one,to match products like One Note and On eDrive and its “One Microsoft” business strategy. But Microsoft Officials noted the name was snagged a long time ago, by a young Bill Gates.

Then what;s New about Windows 10?

On the Windows blog,Microsoft said “Windows 10 represents the first step of a whole new generation of Windows. Windows 10 unlocks new experiences for customers to work, play and connect. Windows 10 embodies what our customers (both consumers and enterprises) demand and what we will deliver.”

2.Everything runs on a Window

The previous confusion on windows 8 on apps running on the background is sorted as windows 10 provides a common platform from which apps open in the same format,can be resized to any shape and size and intergrate title bars at the top to allow maximize,minimize and and close.

On Windows 7 and 8,one had to press a combo key of alt+ctrl+del,to access the task manager and view all tasks running on the background,from which you have an option to close non responsive ones.Windows 10 saves you the hassle and integrates a task view button for fast switching to files or created desktops.

Windows 10 is so much flexible such that one can Create desktops for different purposes and projects and switch between these desktops easily and pick up where you left off on each desktop.

Just like Windows 7,after all the storage drives have been properly indexed finding a file is now so much easy and fast unlike the hitches experienced on Windows 8.File Explorer now displays your recent files and frequently visited folders making for finding files you’ve worked on is easier.

Windows 10  is set to run across all devices and gadgets with varying screen sizes ranging from 4″ to 80 ” and some with no screen at all.