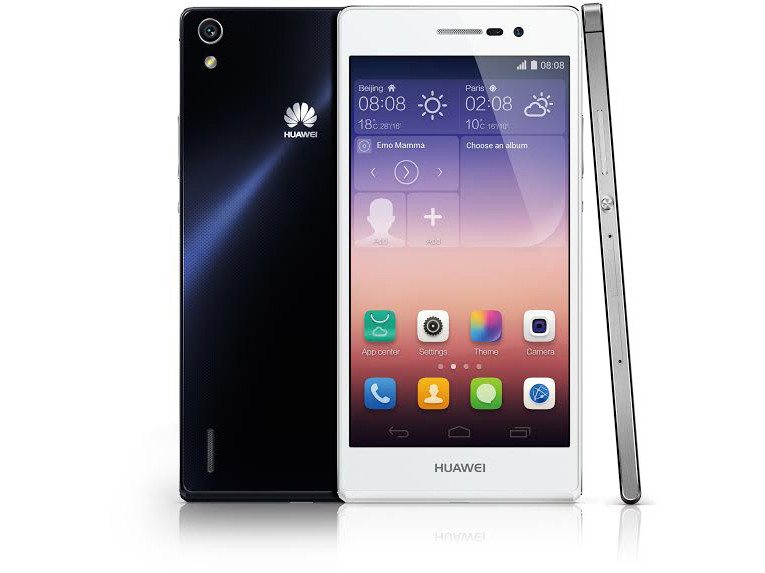 Earlier today, Huawei unveiled its next top of the range Smartphone, the Huawei Ascend P7, to the world. The Ascend P7 was one of the heavily leaked Smartphones of 2014 and we knew most of the features it has even before we saw it. This new Smartphone is supposed to take over from the successful Ascend P6 that was unveiled last year.

The Ascend P7 has a 5-inch 1080p LCD screen with a pixel density of 445ppi. The Ascend P7 is considered to be one of the thinnest Smartphones currently in the market measuring 6.5mm. The front and back parts of the Ascend P7 are covered by Gorilla Glass 3 for a more stylish look.

Inside the Ascend P7 sits a 1.8 GHz proprietary quad core CPU made by Huawei, 2GB of RAM and  16GB of internal storage. A 2500mAh battery sits at the back to provide all the juice needed to power this device.

The Ascend P7 will come in three colour options of white, pink and blue black and will have Android 4.4 KitKat out of the box. It will be available in selected markets as from June 7 for EUR 449 (approximately Kshs. 54,000)