Tecno is a great Popular smartphone manufacturer in the Kenyan Market. In fact, as of the article’s writing, going by the smartphone shares, Tecno Mobile leads with 27.1%, closely followed by Samsung at 23.2%.

If you are just getting started and are spoilt with the three choices to choose from. This article compares between Tecno Camon 19 Pro vs. Tecno Camon 19. Here is What you have to know about the two mobile phones.

Let us get started

When comparing the two smartphones’ performance, we consider the outcomes of benchmarking tools like Geekbench 4. The Tecno Camon 19 Pro receives a 339,563 overall Antutu score, compared to the Techno Camon 19’s 198,748. In addition, Geekbench 5 – Multi-Core & Single-Core Score results also put Tecno Tecno Camon 19 Pro with 504  1,613 points against Techno Camon 19 with 365 points 1,261. It is evident that there is a significant difference and that one smartphone performs better than the other.  Judge! on your Own Champ.

Read Also: Buying a New Phone? Here’s What You Should Know about Samsung Galaxy A73 5G 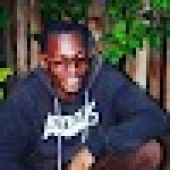