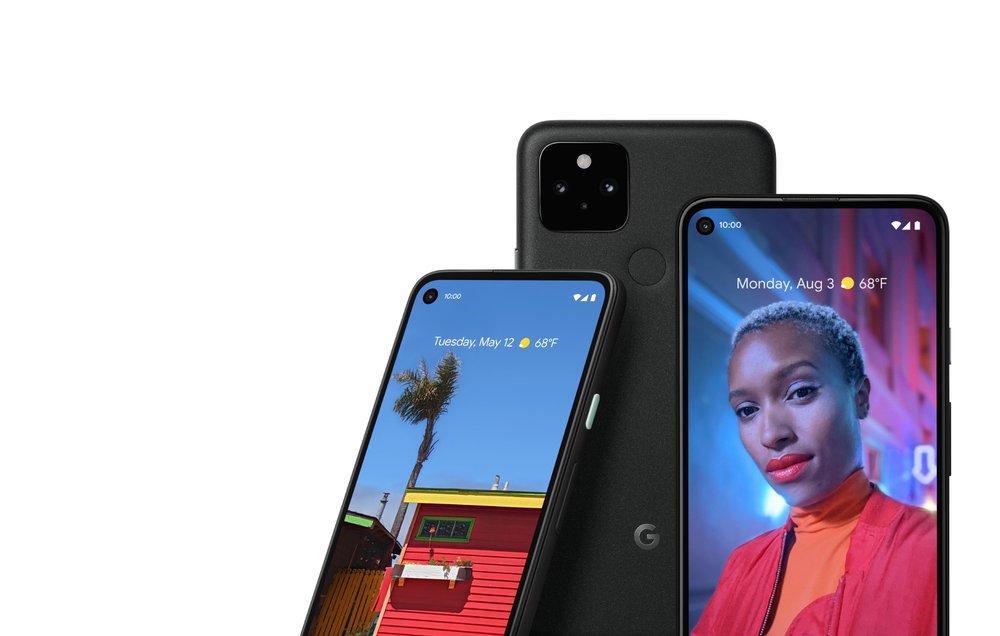 Google held its final hardware event yesterday, announcing new products from the Pixel team. We finally had a full look at the Pixel 5, which will be retailing at $699 and the Pixel 4a 5G at $499.

At such a price, Google Pixel 5 doesn’t try to compete with the typical 2020 flagship phones on hardware. Instead, Google is betting on the camera technology, among other strongholds of the Pixel series. But when it comes to the Pixel Series, the Pixel 5 is the flagship phone to go for in 2020.

Pixel 5 is future proof with support for 5G(both sub-6GHz and mmWave) courtesy of the Snapdragon 765G processor with Qualcomm’s integrated X52 modem.

On the outside, Google Pixel 5 sports a 6-inch 2340 x 1080 OLED panel presented in a 19.5:9 aspect ratio. The display refreshes at higher 90 frames per second, the first Pixel phone to have such support. On top of the display, Google chose to go with Corning Gorilla Glass 6 instead of the latest and more robust Gorilla Glass Victus.

It sports 8GB of RAM, 128GB of internal storage, and a 4080mAh battery with 18W fast charging support via USB-C. You also get reverse wireless charging and IPX8 dust and water resistance.

Moving to the Pixel’s stronghold, the camera department, Pixel 5 has a total of three. The Pixel 5 has two rear lenses; a 12.2-megapixel primary camera with both electronic and optical and image stabilization, and a new 16-megapixel ultrawide camera with 107-degree field-of-view.

The front has a single 8-megapixel camera housed in a hole punch.

The Pixel 4a 5G is an upgrade from the Pixel 4a announced earlier this year.  Apart from 5G support, it has a relatively bigger 6.2-inch OLED panel and a snappier Snapdragon 765G processor. It does cost a little more, too, at $499($150 up from the 4a). The Google Pixel 4a 5G also has the new 16-megapixel ultrawide lens. Both phones will be available later this month.

Now that Google has added two new devices in its smartphone portfolio, this image summarizes the difference. 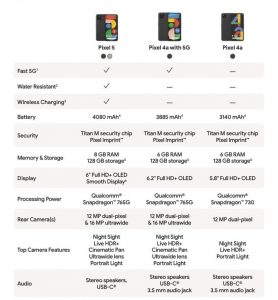