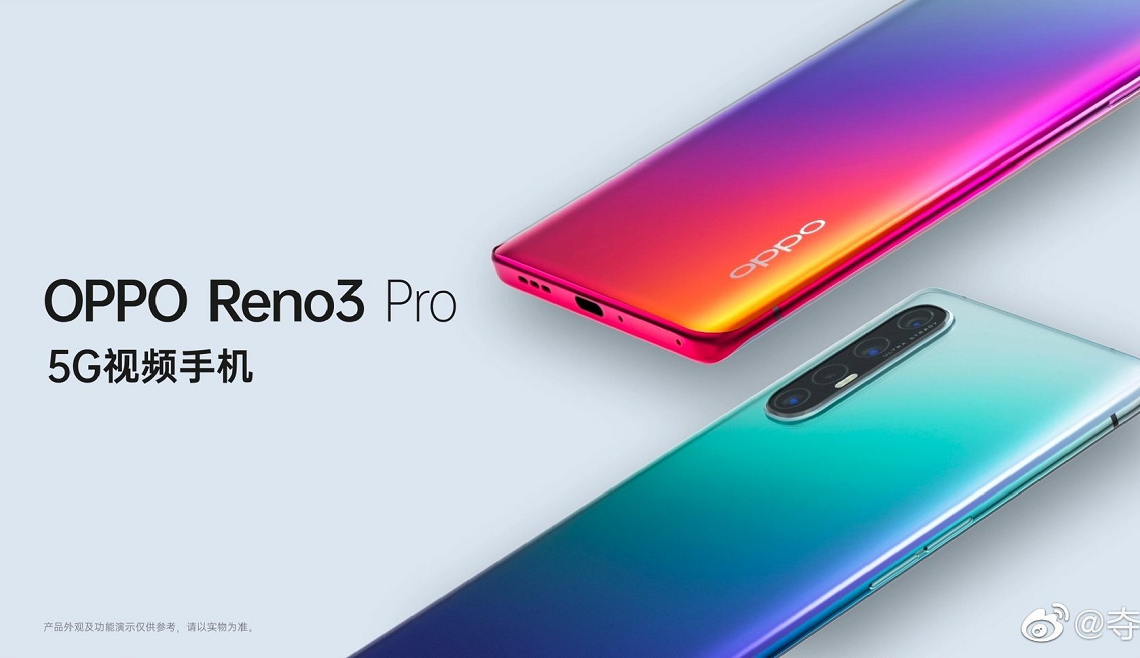 After launching several devices under the Oppo Reno series, the Chinese company is all geared up to launch a successor to the second-gen Oppo Reno devices. Oppo plans to launch the Oppo Reno 3 series this December in China.

In the upcoming Oppo Reno 3 series, Oppo will also have a 5G variant that was revealed on Twitter by the company’s Vice President and President of Global Marketing, Brian Shen.

Based on the uploaded video, the company is clearly moving away from its standard center placed camera array, which is now placed on the top left of the device, which is not a new thing.

The teaser reveals a vertical camera array that packs four different lenses. The color is also different, which is a new variant than the usual sky white, Nebular green and lake green shades seen in the Oppo Reno 2 series devices. However, the company still maintains a gradient color finish, which has become a new norm for several smartphone OEMs this year.

Brian Shen also tweeted an image of the device showing off the front of the device, stating that the phone will have a glass body with a thickness of just 7.7mm (excluding the lens) touting that Oppo Reno 3 5G maybe the thinnest dual-mode 5G phone in its price segment.

The device will weigh 171g, according to a listing on the company’s Chinese website.

On the front, the phone will sport a punch-hole cutout placed on the side, which houses a single selfie camera lens.

Oppo Reno 3 Pro 5G will, as the name suggests, support 5G thanks to the recently announced Qualcomm Snapdragon 765G chipset. The company has also listed the Oppo Reno 3, which has no official specs as per now but sports a regular waterdrop notch.

The company has not pinned down an official launch, but that may come up anytime soon.