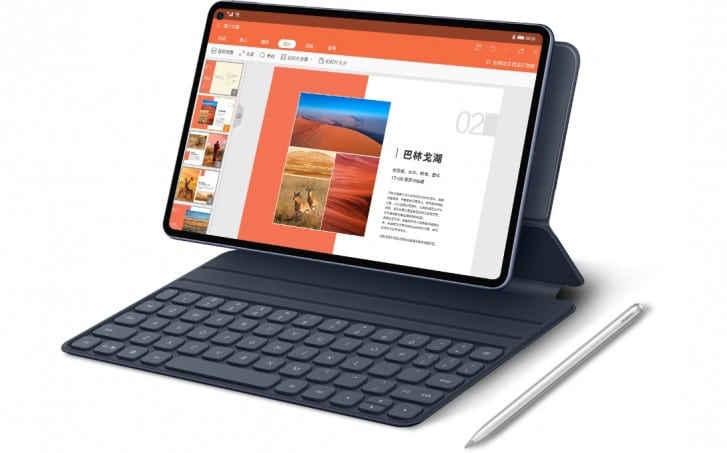 As the company had planned before, Huawei has unveiled its answer to Apple’s 11-inch iPad Pro. Some notable differences here include slimmer bezels and an 8-megapixel hole-punch front camera. From a distant, the 10.8-inch MatePad Pro is inspired by the iPad Pro.

On the hardware side, Huawei MatePad Pro runs on Huawei’s in-house processor (Kirin 990 processor) and still runs on the latest version of Android splashed on top with EMUI 10 skin on the software front.

The primary camera is a 13MP single lens while the selfie is an 8MP lens placed in a circular shaped notch inside the display. A 7,250mAh battery powers the whole setup and it supports up to 40W wired fast charging and 15W wireless charging which implies that juicing the massive battery won’t be a problem.

The cheaper model comes with no stylus and keyboard, which are handy when using this large-screen tablet. Meaning you will have to buy those separately. The high-end model comes with the two out of the box.

Huawei launched the MatePad Pro today in China with no word on the international launch.