Will it take a BoringPhone to Curb Your Smartphone Addiction? 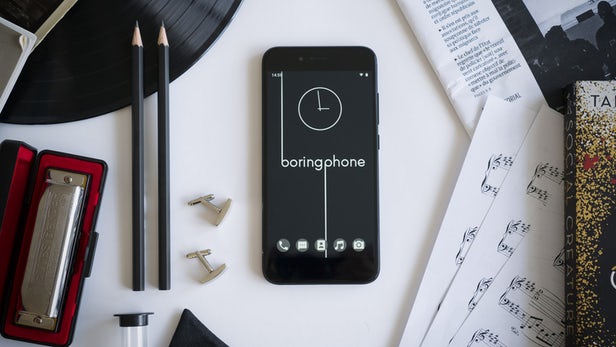 When we take a look 15-20 years down the line, smartphones were still a new thing, and most millennials didn’t have access to that. However, just a decade later, things have changed fast.

Recent stats indicate on average people spend an entire day in a week glued on their phones. This is twice as much compared to 2008 according to data from the report ‘A decade of Digital Dependency’ released last year. And that’s a reality for many people. However, what will it take to curb your phone addiction?

Google and even Apple have stepped up to help (us) with that by introducing “digital wellbeing” tools to help curb smartphone usage. I’m confident most people don’t use these features till date (including me of course).

That’s what a particular start-up wants to address. A BoringPhone has been made that has the basics of what you need in a smartphone. Basic specs include a 5.5-inch display, Qualcomm Snapdragon 625 CPU, 4G RAM and 32GB of memory storage. Don’t get too excited if your phone has lower specs than this.

Here’s how the device is engineered to work; The BoringPhone comes with essential apps that every phone needs a messaging app, phone dialer, podcast manager, music player, camera, calendar, and contacts app. As you’ll realize, the distraction apps are not pre-installed in this device.

But because you can be tempted to install your social media apps, the device doesn’t allow installation of other apps. You’ll have to deal with the pre-installed apps only. For your productivity, you’ll still get an FM radio app, notepad, a torch, clock, gallery app, and also a calculator. And there’s no app store or play store and no-browser for that matter.

With these essential apps, the idea of being bombarded with an array of notifications from Twitter, Facebook, and Instagram and more apps is no longer a problem.

The functionality of the BoringPhone is most suited for parents too. The phone can be a perfect solution for your children as an entry-level device before they are full grown adults to take care of themselves.

But can this solve the phone addiction problem in the world right now? That’s if you’re all willing to get this device. The BoringPhone has been listed on Kickstarter, the creators want to raise a total of NZ$20,000 (about US$13,440) before July 10. If the target is met and everything moves as planned, the BoringPhone will start shipping in later in December.

But can this be a perfect solution to curb smartphone usage? Let us know what you think.