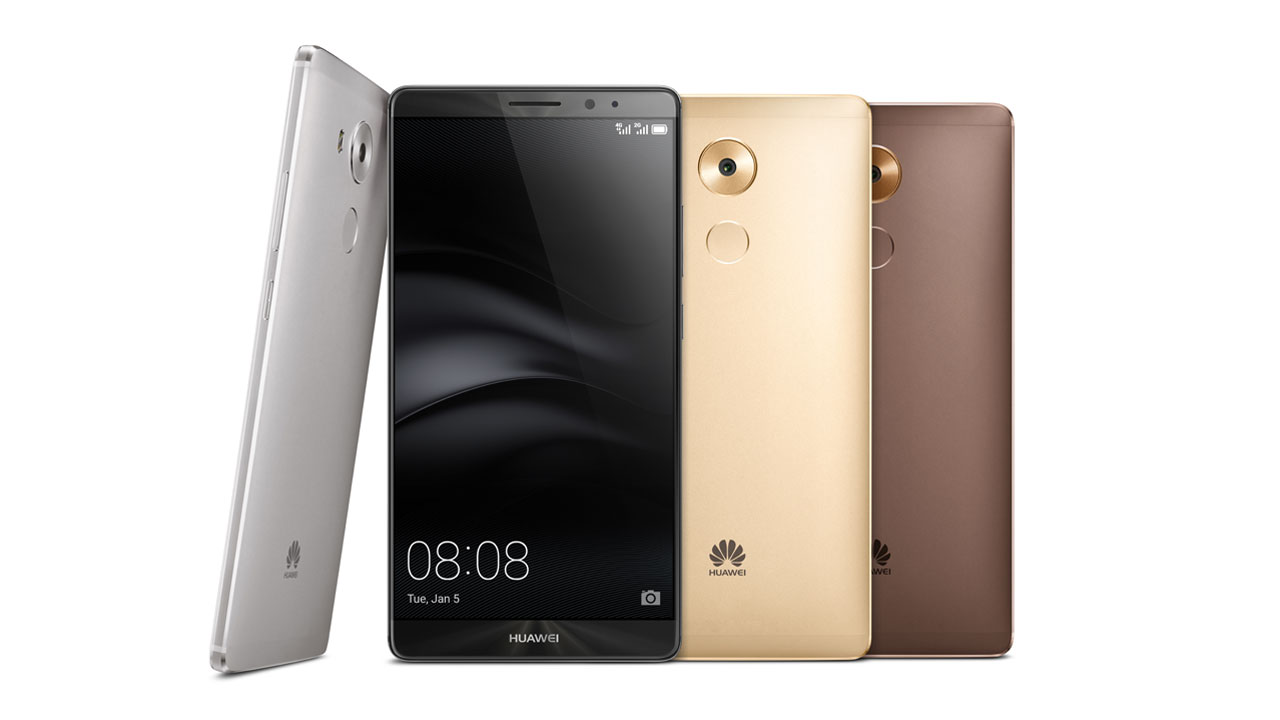 CES 2016 has officially kicked off and Huawei is one of the big manufacturers to showcase its most recent device. The company unveiled the Huawei Mate 8 that we have been hearing of since November last year. The Mate 8 is supposed to replace the Mate 7 that has been around for a while.

Most of the specs of the Huawei Mate 8 are what we have seen before from the leaks we have been seeing so far. The phablet is made from aerospace-grade aluminium and 2.5D curved diamond cut glass giving is a very premium look and feel. It comes with a 6 inch IPS-NEO LCD capacitive touchscreen display with a resolution of 1080 x 1920 pixels.

Underneath, the Huawei Mate 8 is powered by the new Kirin 950 chipset that comes with four A53 1.8GHz cores and four A72 2.3GHz processor cores. It is available in two variants, one with 3GB of RAM while the other one with 4GB with either 32 or 64GB of storage space. At the back, the Mate 8 has a 16MP Sony IMX298 camera while at the front sits an 8MP shooter. At the back you will also a fingerprint sensor for extra security.

This phablet comes with Android 6.0 Marshmallow with Huawei’s EMUI 4.0 that gives it an iOS look. As for the battery, the Mate 8 has a 4,000 mAh unit and boasts 70% better power efficiency for extra battery life.

“This is first smartphone in the world that gives you more than 2 days usage on a single charge,” said Kevin Ho President, Huawei Consumer BG Handset Product Line.

The phone will be available as from February or March this year in Champagne Gold, Moonlight Silver, Space Gray and Mocha Brown colors.