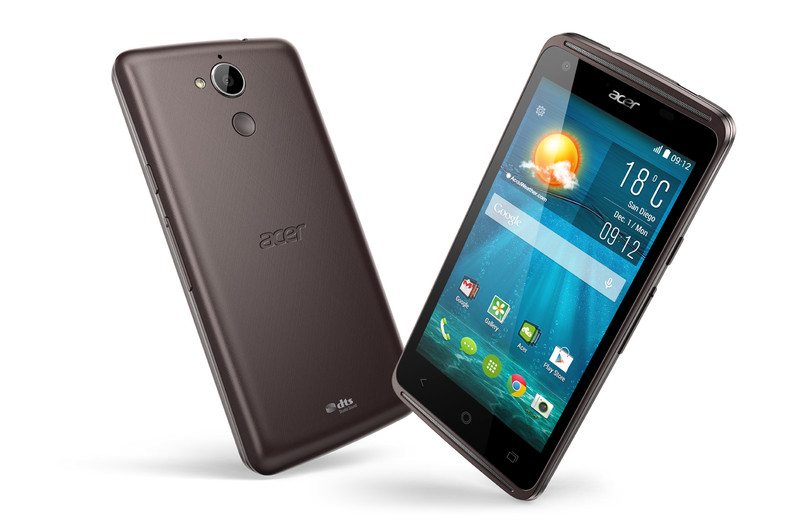 With CES 2015 here, expect to see some new product launched by some of the biggest manufacturers in the industry. Even though CES has not officially started, some manufacturers are taking it upon themselves to announce their devices. One such manufacturer is Acer that that has announced an affordable Smartphone with a 64-bit processor and supports 4G LTE. Combining 4G support and the 64-bit processor means that you get faster browsing, streaming and download speeds.

The Liquid Z410 promises high quality visuals and seamless graphic performance thanks to its powerful Mali-760 graphic chip. These specs do not drain the battery that fast as Acer claims that you can get 5.5 hours of talk time or 400 hours of standby. Acer has not revealed the battery capacity but looking at the hours of talk time and stand by, I can bet you it’s no different to most other Smartphones on the market.

The Liquid Z410 has a 4.5-inch qHD (960 x 540 pixels) display with 245 ppi. This may not be all that great but considering it will be retailing at €129 (approximately Kshs 14,000 before tax), it is not so bad. Acer claims that the front facing 2MP camera has a wide-angle lens to make sure the selfies are crystal clear and can accommodate more people.

The back camera is a 5 MP one with Autofocus and LED Flash. This may not seem great but Acer says that it has put so much effort in the camera to ensure you take great photos in different setting. All we will have to do is wait to get the device to see how good the camera is.

The Acer Liquid Z410 will be available from the end of February as Kshs. 14,000 before tax.