Samsung Is Reportedly Working on High-End Smartphones powered by Tizen 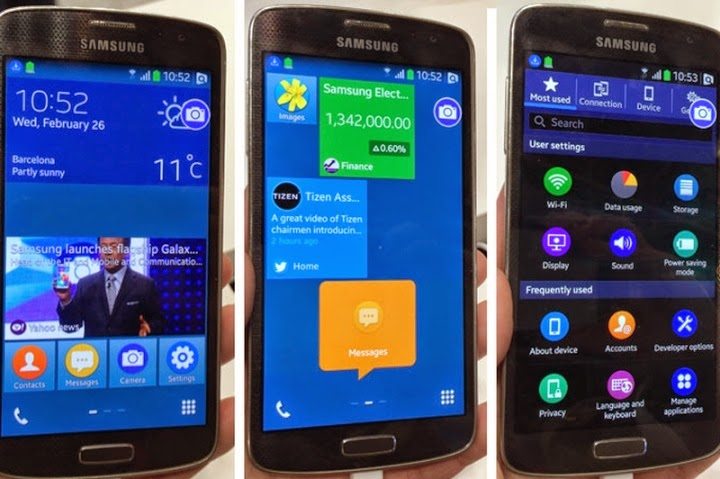 Samsung has released a couple of smartphones powered by Tizen and these devices mostly target the low end market segment and were available in very few emerging markets. The latest device under this platform is the Samsung Z3 that was officially unveiled back in October.

Tizen has been growing steadily thanks to Samsung’s support and the company wants it to rise even higher as it plans to unveil high end devices under this platform. Samsung is reportedly working on releasing high end devices powered by Tizen as early as next year.

Read More: Samsung Continues With Its Tizen ‘Solo’ Party As It Unveils the Samsung Z3

As we have said above, Samsung has been the only plyer on the Tizen platform and the company even has a few smartwatches powered by this OS in addition to its smartphones. Tizen has been around for a while and it acts as an alternative to Android but it has had troubles attracting other manufacturers. To be frank, it will be very difficult to get manufacturers to use this platform especially if it already dominated by Samsung and if there is very little support from app developers.

Tizen has seen a few big name app developers join in and this may help in the long run. Some of the apps that can be found on the platform include Facebook and VLC, these are just two so they don’t make the platform any more appealing at this point. More has to be done to attract more developers.

Back to the high end devices on Tizen and my opinion on this is that it will be quite a risk for Samsung to take especially if there are no enough apps on the platform. It is one thing to buy a low end device and not have that many apps to install, but for a high end device, that just doesn’t make sense at this point. If I am to spend money on a good device, then I better be able to install any app I want if I was to choose it and not any other device powered by Android. The one reason Windows Phone has seen slowed growth is the lack of apps and even as people expect apps to be available on the platform in the future, consumers don’t think that far and want what they want right now.