Qualcomm’s snapdragon processors can be found in most smartphones in all market segments. The company faces stiff competition from MediaTek but has managed to stay on top as most big name manufacturers prefer its processors since they are more reliable and of high quality.

The all new Adreno 530 GPU can deliver 40% improvement in performance compared to the Adreno 430 GPU. This new chip can support 28MP cameras with 4K Ultra HD capture and playback. 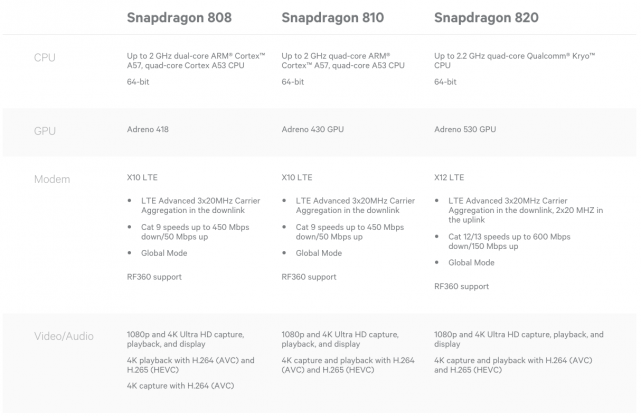 The Snapdragon 820 Chipset supports Quick Charge 3.0 which will allow charging of smartphones twice as fast as the quick charge feature currently on the market (Quick 2.0) and four times faster than normal charging feature on smartphones.

You can find more information about this processor on Qualcomm’s website.