Is this the End of Android Domination?

Android, iOS, Windows Phone and Blackberry OS have over the years been the top four Smartphone operating systems. Well, that was until recently when Tizen came zooming past Blackberry. Tizen is a relatively new OS from Samsung, and it joins the open source family of Android. We also have the less known Ubuntu Touch from Canonical, Sailfish OS from Jolla and Mozilla’s Firefox OS in this category.

How different are these other Open Source pltforms from the dominating Android? From what I have gathered, not so much. Android keeps improving with each iteration, I can even go as far as saying it’s now as good as iOS if not better. So beating Android is going to be a hard task for any upcoming OS, what new thing can they bring in?
New look? Android has downloadable launchers for that, and with material design…all I can say is goodluck.
Fast multitasking? Not with what Lollipop brought in, even iOS 9 adopted the card style app switcher.
Developer friendly? That’s a battle Windows Phone is currently fighting.
I honestly think that the new upcoming platforms are just a lost relative of Android, they all have a long way to go in differentiating themselves. They awfully look like Android with less apps and a much less appealing UI. 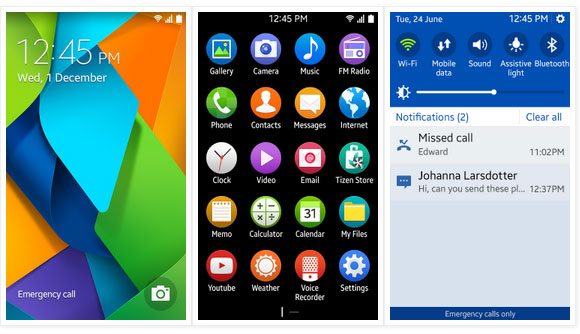 The vast at which Android has dominated the smartphone market makes if very very hard for any new comer to be a threat to them, and thus I conclude that no, Android’s domiantion is far from over. If Samsung didn’t know this, wouldn’t they have their flagship phones run Tizen instead of Android?