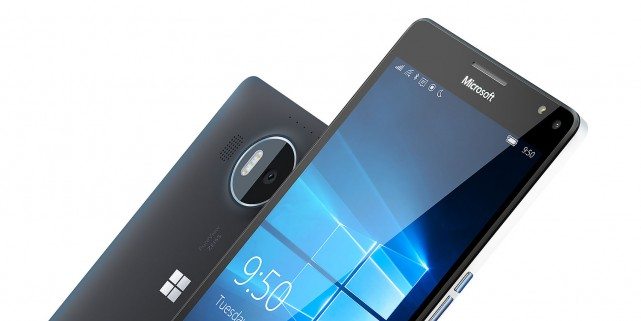 A few day ago, Microsoft officially unveiled its latest flagship devices, the Lumia 950 and Lumia 950 XL. These smartphone attracted the attention of most people, both Windows Phone enthusiasts and Android fans. The phones are beautifully designed and come with some top end features that anyone will droll for.

Before these two Lumia smartphones were announced, some Windows enthusiasts were rooting to have stylus compatibility similar to what Samsung has with the Galaxy Note series. This did not turn out to be as we did not see stylus pen announced but rather saw the Surface Pen that was announced for the Microsoft Surface Pro 4.

But it looks like the Lumia 950 XL will be able to support the Surface Pen in the near future. This is according to a Twitter user by the username @Nawzil who is said to work for Microsoft. He tweeted saying support for the Surface Pen will be coming soon but did not go into detail to reveal when this might happen. All we know right now is that it can happen anytime between now and when the two Lumias are officially available to the consumers which will be sometime next month.

Of course Microsoft has not said anything about this and Nawzi’s Twitter profile says that his tweets represent his opinion and not those of Microsoft even though he works for the company. We will keep our eyes on this to see how it turns out, personally I would be interested in using the Surface Pen on the Lumia 950XL.

The Lumia 950 XL is a Windows Powerhouse as it packs some top of the line specs. The phone has a 5.7 inch Quad HD AMOLED display and is powered by an octa core Snapdragon 810 processor combined with 3GB of RAM. It has a 20MP PureView camera at the back with triple LED flash. It has a 3,340 mAh battery and has a USB Type-C port. This phone supports both fast and wireless charging.