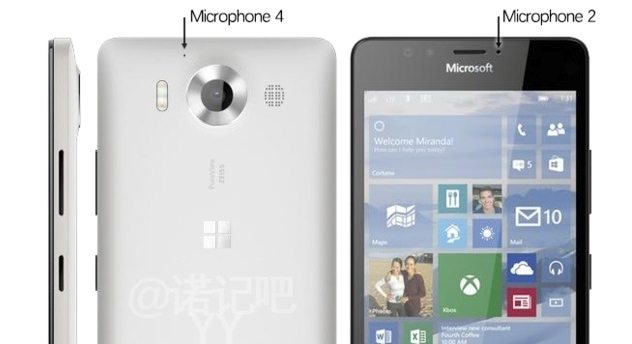 A few days ago, I shared with you images of the Lumia 950 and Lumia 950XL. These were the official images that gave us an idea of what to expect from Microsoft’s first flagship device ever since it took over Nokia’s mobile division.

At that time, we only had the black version of the Lumia 950 but now we have more images that show us what the white one will look like. I have to say, the white Lumia 950 looks absolutely beautiful with black accents on the sides and rear covers with an all black front side. Check out the photo below. 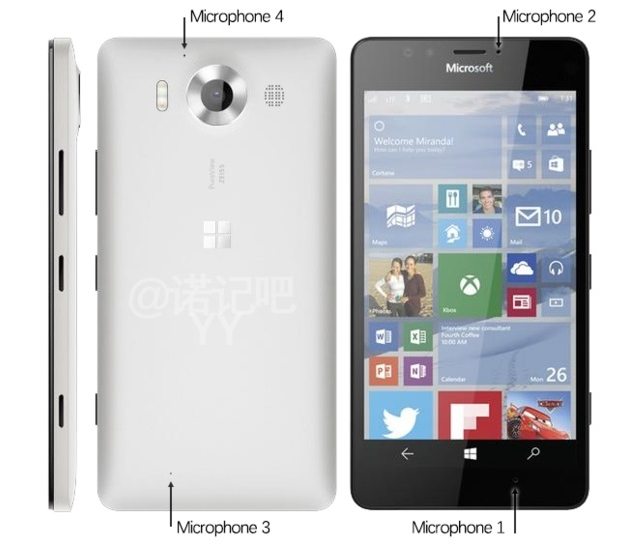 As for the specs, the Lumia 950 will have a 5.2 inch Quad HD display. It will be powered by the six core Qualcomm Snapdragon 808 processor coupled with 3GB of RAM and 32GB of internal storage space.

For the camera, the Lumia 950 will have a 20MP PureView rear facing camera and a 5MP front facing camera. As you can see from the photo above, it looks like the Lumia 950 has four microphones which will be interesting to see physically. Nokia used to refer to this as High Amplitude Audio Capture (HAAC).

This device will be announced on October 19 so mark this date on your calendars.