Huawei Has Officially Announced the Honor 7i with a Rotating Camera 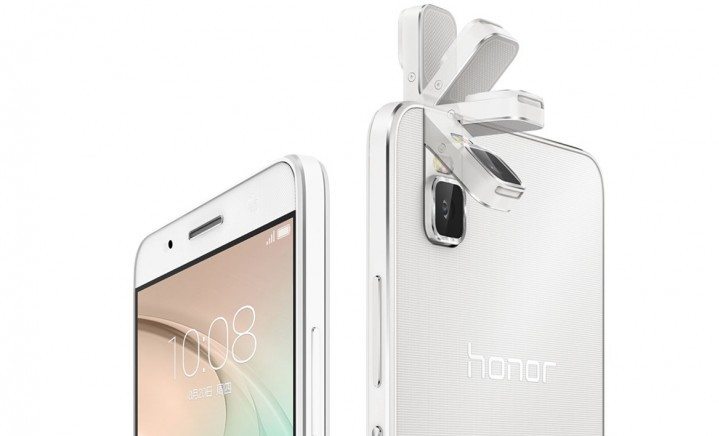 A few weeks ago, I told you about Huawei’s plans to announce its next Honor device before this month is over. At the time, we were expecting Huawei to announce this device on August 10 but that was not the case for some reason. Huawei has instead decided to officially unveil the Honor 7i today.

The Huawei Honor 7i has one distinct feature which is its 13MP rotating camera. The back camera can be flipped out and rotated to face the front allowing you to take selfies with it. This is similar to what Oppo has had in some of its smartphones but of course the camera on the Huawei Honor 7i looks much nicer and less bulky than what you can find in Oppo’s smartphones. With such a camera, you are assured of high quality selfies as the camera used for selfies and normal photos is the same.

Besides the camera, the Huawei Honor 7i has some decent specs that include a fingerprint scanner on the side of the phone.  Huawei says that this is the smallest sensor you can find on any smartphone today. The sensor is used to unlock the phone and even as a shutter button when taking photos.

This smartphone has an aluminum body with a 5.2 inch Full HD display with a resolution of 1080 x 1920 pixels. Under the frame, the Huawei Honor 7i is powered by the new Snapdragon 616 processor coupled with either 2GB or 3GB of RAM. The 2GB variant has 16GB of storage space while the 3GB version has 32GB of storage space. Both have microSD card slots if the storage space is not enough for you.

Providing all the power is a 3000mAh battery, which can easily get you through the day depending on your usage patterns.

The phone has been announced in China and is being sold for $297 (approximately Ksh 31,000). Note that this is not the official price, we will update you on the price once Huawei announces its global availability.