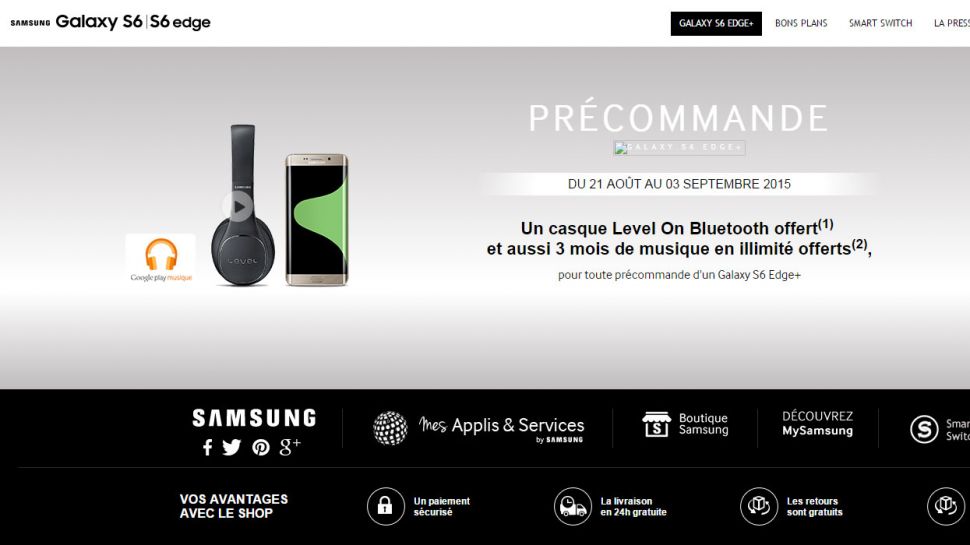 We know about the Galaxy S6 Edge+ plans thanks to Samsung’s French division that listed the device on its website a few days ago. Samsung has been trying to push the Galaxy S6 Edge and its curved display concept to the market and it will definitely take time before people embrace it.

Through the site, Samsung has also announced that this handset will be available as from August 21 for those who want to pre-order it. You will then be able to pre-order it for about two weeks till September 3 when pre-orders close.

As for the specs, we know everything about this device but we know a few things. It will have a 5.67 inch Super AMOLED Quad HD display and will be powered by Samsung’s own Exynos 7420 processor and a Mali-T760MP8 graphics chip. The Galaxy S6 Edge+ will also have 4GB of RAM and either 32 or 64GB of storage. As expected, it will support 4G LTE and will have a 16MP camera.

We will you update you on this and more when we get the information.