Facebook messenger is one of the most popular messaging apps out there with its popularity growing by the day. Facebook has been forcing people to download this app if they are to continue chatting with their friends when on mobile. This is probably what has pushed the number of downloads of Facebook Messenger on the play store over the 1 billion mark.

There are very few apps that have crossed the 1 billion download mark and these are Facebook and WhatsApp, and Google’s Gmail, YouTube, Search, and Maps. As you can see, most of the apps are owned by Google. 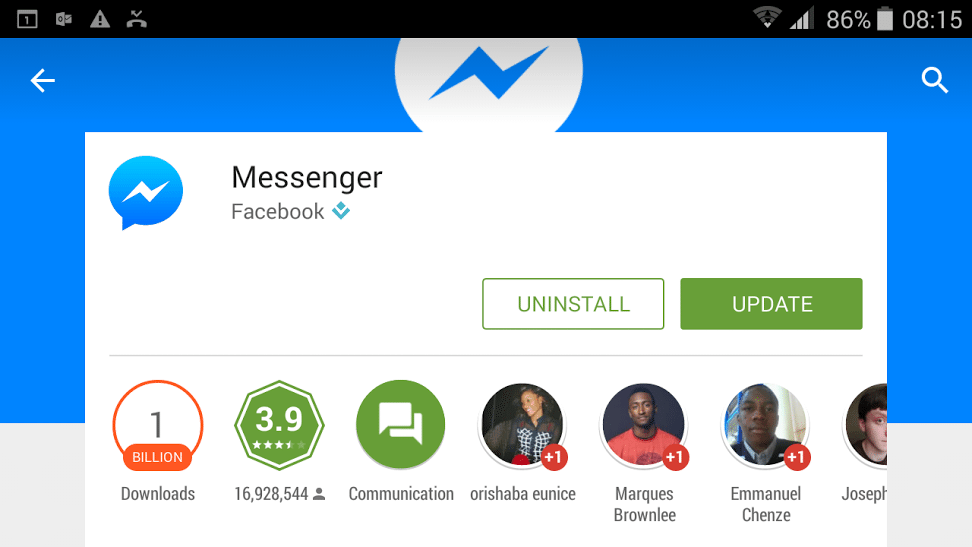 Facebook is just getting started with its messenger app and the company plans to grow it to be even bigger with a number of new features.

If you look at the screenshot above, you will see that Facebook Messenger has a lower rating of 3.9 stars. This is quite low compared to most other apps and is likely because of the disappointment most people feel as they were forced to download it as a standalone app.

Read More: Facebook Messenger for Windows Phone gets a revamp