12.4% of All Active Android Devices are running on Lollipop 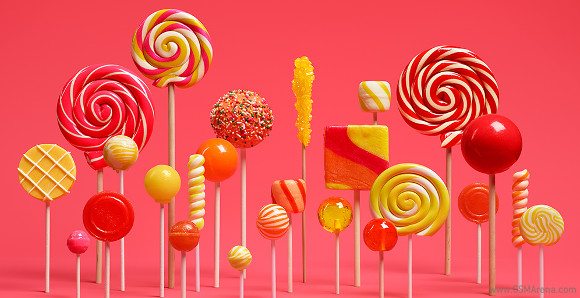 At the beginning of every month, Google releases the Android Distribution Numbers that show us how popular each Android version is. These numbers show us how Android has evolved and can be very beneficial to developers as they try to figure out which versions are popular and which ones will be popular in the future. Using this knowledge, they can build apps that will see the most downloads.

This month was no different from the rest and Google has just released the figures for this past month (May). The data was collected for a 7 day period ending June 1, 2015. 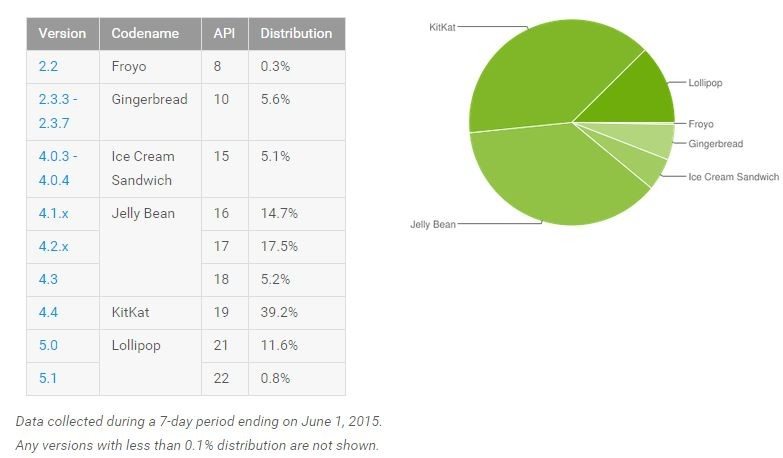 KitKat is still the most popular version with 39.2% market share down from 39.8% the previous month.

Read: KitKat Is Still The Most Popular with Lollipop Seeing Significant Growth

Jelly Bean follows KitKat closely with 37.4% share from 39.2% the previous month. This is probably why Lollipop has seen some growth. Gingerbread saw a drop of 0.1% and now has 5.6% share followed closely by Ice Cream Sandwich that saw a drop of 0.2% to settle at 5.1% share. Surprising enough, Froyo is still around and did not see any significant changes with its 0.3% share.

Read: Google Announces That Android M Will Be Available To the Public by Q3 Of 2015