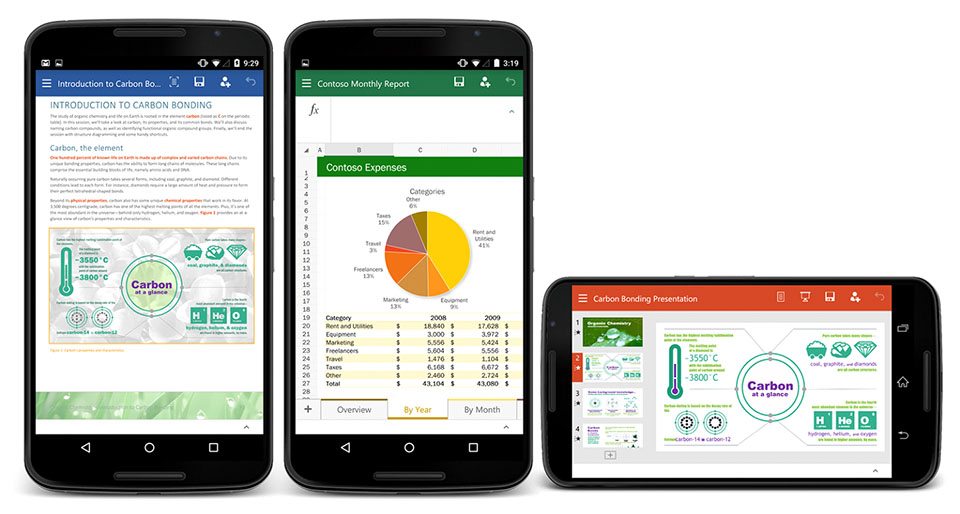 Microsoft has been trying to bring some of its popular apps to Android for a long time now. Late last year, the company brought the Office Preview apps to all Android tablets. These apps  were available in beta until late January when Microsoft introduced the official Office apps for Android tablets.

Yesterday, Microsoft introduced the Office Preview apps to Android Smartphones.  These apps include Word, Excel, and PowerPoint and they are preview versions meaning that they are not officially available on the play store unless you join Microsoft’s beta program for Android devices. I will have a link below to take you the pages where you can access these apps.

In a statement, Microsoft said, “The Office for Android phone apps are modern, optimized for touch and designed for work on the go. Familiar navigation and menu options in the ribbon are placed at the bottom of the screen within reach of your thumbs so you can easily review and edit documents on your phone.”

If you are on Android and want to get these apps, follow the links below:

Remember, you will need to join Microsoft’s Office for Android community on Google+, and sign is as a tester. This is the Microsoft beta program for Android devices that I was talking about.