Android distribution in April: KitKat Is Still The Most Popular with Lollipop Seeing Significant Growth 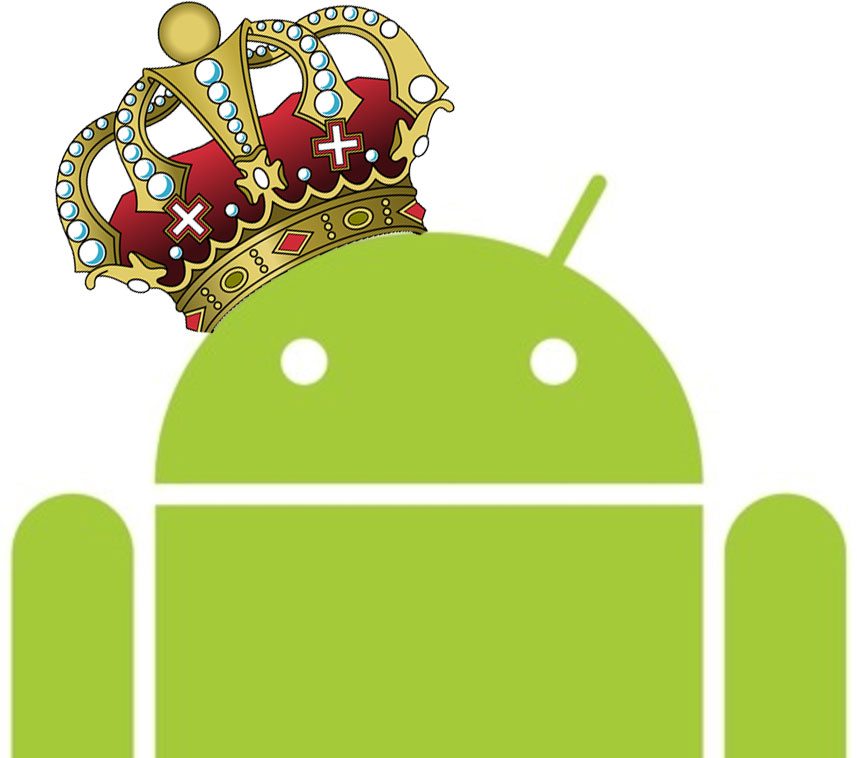 At the beginning of every month, Google releases the latest Android distribution numbers that show us which Android versions are popular and which aren’t. These numbers are very important for developers as they want to create apps that will target most Android users.

Read: Android Lollipop Accounts for Only 5.4% of All Android Devices Currently On the Market 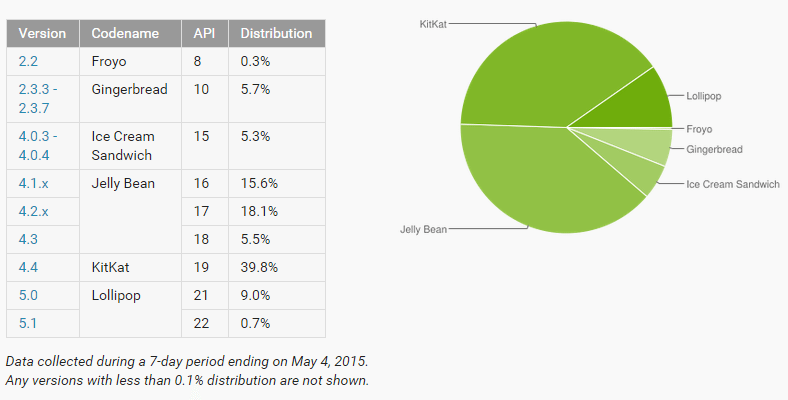 Android Jelly Ben and all its flavours have not seen any significant changes in the last one month. Jelly Bean can be found in 39.2% of all devices. Android KitKat usage on the other hand has dropped from 41.4% last month to 39.8% this month.

Android 4.0.x Ice Cream Sandwich is currently available in 5.3% of all devices. It seems that these old Android versions have refused to die as Android 2.3 Gingerbread is also around and has 5.7% Android market share.