Of late, we have been hearing a lot about Qualcomm’s next processor, the Snapdragon 810. Some manufacturers, including Samsung have said that this particular processor has overheating issues and the company has no plans to use it in its next flagship, the Galaxy S6. The company will opt for its own Exynos 7420.

Of course Qualcomm and a few other Smartphone manufacturers have denied the overheating issues and Qualcomm even went ahead to say that most premium Smartphones this year will be having the Snapdragon 810 processor.

Both devices were used in the same conditions, running the same apps and capturing 4K video.

Have a look at the chart below; 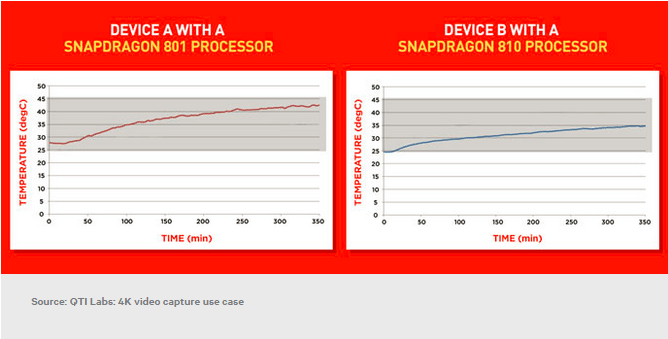 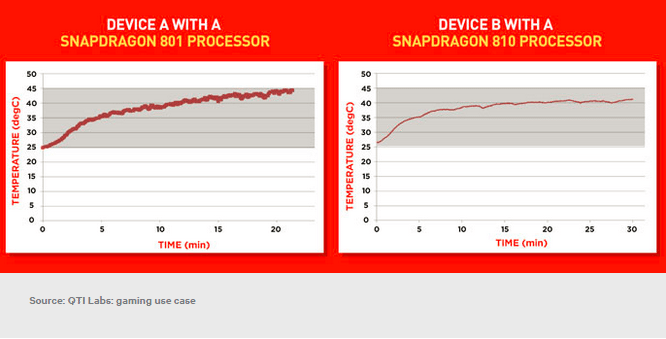