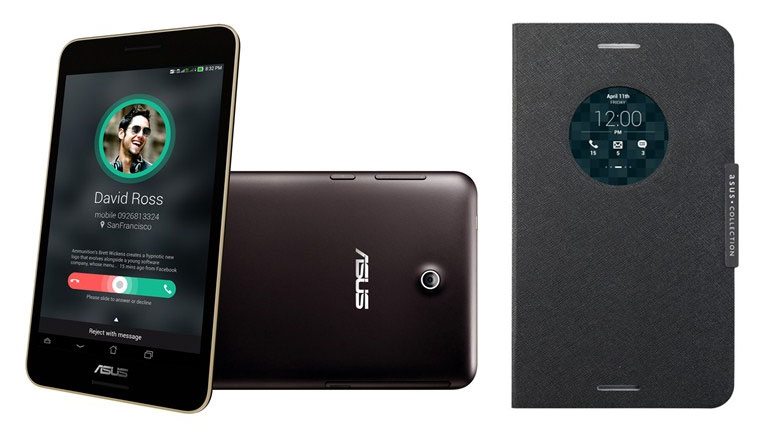 Asus has finally introduced a new Fonepad 7 model (FE375CL) that comes with Android 5.0 Lollipop preinstalled. This is the first Fonepad to run Android 5.0 out of the box. This new model looks exactly like the original Asus Fonepad 7 (FE170CG) with only slight differences in the specs.

This new Fonepad 7 variant is powered by a 1.3GHz quad-core Intel Atom Z3530 processor, has 2GB of RAM and either 8GB or 16GB of expandable internal storage. It has a 7 inch IPS display with a resolution of 800 x 1200 pixels.

Just like the previous Fonepads, this new one has a SIM card slot and supports 3G and 4G connectivity. It has a 5MP main camera with a 2MP front facing camera.

Being then first Fonepad variant to come with Android 5.0, Asus has decided to offer 5GB of lifetime cloud storage to anyone who buys this tablet. Asus has not announced the price or availability of this tablet but expect to see it at MWC 2015 next month.

Read: Asus Plans to Ditch Android Wear On Its Next Smartwatch