The Sony Xperia Z4, Sony’s next flagship device, will not see the light of day at this year’s edition of Mobile World Congress (MWC 2015) next month. Instead, Sony is expected to hold its own event later this year probably in May. The Xperia Z4 will of course be a beasty Smartphone given that Sony’s Smartphone sales have not been great for a long time (except for this past quarter when the figures were slightly positive).

Read: Sony’s Smartphone Division Turns a Profit with over 12 Million Units Sold in the Last Quarter 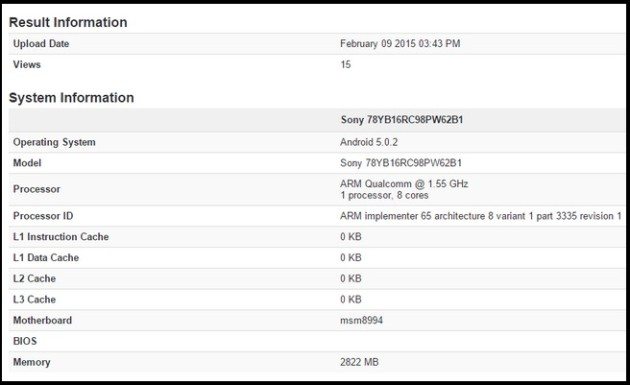 GeekBench only focuses on the CPU so we still do not have any other information about this device. What I would be interested to know right now is the phone’s screen resolution and camera.

Read: The Next Flagship Smartphone from Sony Will Be Unveiled In May