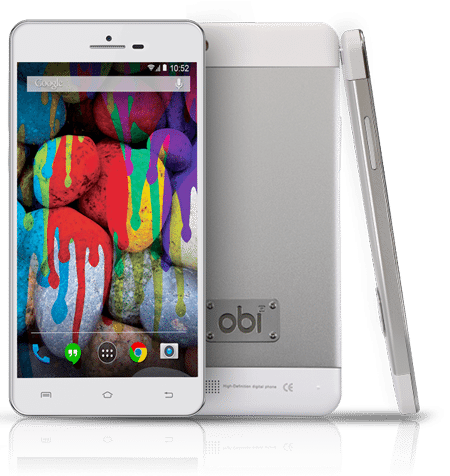 The Smartphone market in Kenya has seen tremendous growth for the last couple of years and manufacturers (both new and established) are taking note. One of those manufacturers is Obi Mobiles  and  is planning to enter the Kenyan market this March (2015).

Obi mobiles is a new Smartphone brand that was founded by John Sculley who was the CEO of Apple from 1983 to 1993. Under his management, Apple’s annual sales figures grew from $800 million to $8 billion.

Obi mobiles has signed on DESPEC, the leading IT distributor as its exclusive channel partner in the region. DESPEC will manage the distribution of Obi devices to all key retailer and independent retailer channels in Kenya, Tanzania and other African countries.  With the ambitious launch in Kenya, the company hopes to capture 5% market share by the end of the year. Obi Mobiles launched its first Smartphones in India and the Middle East markets last year and hopes to make it to Africa through Kenya. The brand is targeting the growing segment of young and trendy Smartphone users.

Commenting on the expected global expansion, John Sculley, co-founder and managing partner at Inflexionpoint, says: “Our vision is to use Obi’s success in each new market to create an international brand, especially targeted at the feature-rich and trendy Smartphone segment. Having launched in India and the Middle East, with a better-than-anticipated response, has helped us set the pace for the Obi expansion blueprint, and now we are expanding our strategy of effective brand building and marketing for superior mobile devices in other regions. “

“The African markets present a huge opportunity for new Smartphone devices, with a growing population of technology- and fashion-savvy youth. Consumers today want the best feature-rich Smartphone experience at desirable price points, without compromising on quality. There is also a growing trend of feature phone users moving towards Smartphones. Our analysis has revealed that consumers today are more likely to switch brands as long as they have sufficient incentive. Obi is uniquely positioned to leverage all these changing market dynamics.”

I have not physically seen any of Obi’s Smartphones but from the photos I have seen, they look really good and stylish. The devices are clearly targeting the younger demographic. It should be noted that these Smartphones are not just about the good looks as they pack some serious specs under the hood including multi-core processors and high quality camera options.

Amit Rupchandani, Managing Director for the Middle East and Africa region at Obi Mobiles, adds: “While the mobile industry is often associated with highly expensive products sold using technical jargon, at Obi Mobiles the belief is that it doesn’t have to be this way. Obi is perfect for the growing number of mobile phone users in this region who desire the best smartphone experience without a huge financial investment.”

“Added to that is our brand philosophy of ‘Whoever you are’. What it essentially means is that Obi doesn’t judge you, it lets you be you. In keeping with that, we have a broad range of quality products to suit the different personalities and preferences of smartphone users.”

Obi hopes to grow rapidly in the region by forging synergies with effective partners. From Africa, the company will head to Latin America and the former CIS region.

Farouk Jivani, CEO, DESPEC Africa, says: “DESPEC is excited to be appointed as the exclusive channel partner for Obi Mobiles in Kenya and other East African markets. Obi has paid special attention to creating an image that resounds with the large section of young and aspirational Smartphone users in Africa. Their entry in these markets will additionally be buoyed by trends such as increased mobile internet usage and penetration among target consumers. We look forward to working with Obi and establishing the brand as one to reckon with in the region.”

Keep it here for more updates on Obi Mobiles and their expected launch in Kenya.