A Jacket That Keeps You warm And Charges Your Gadgets 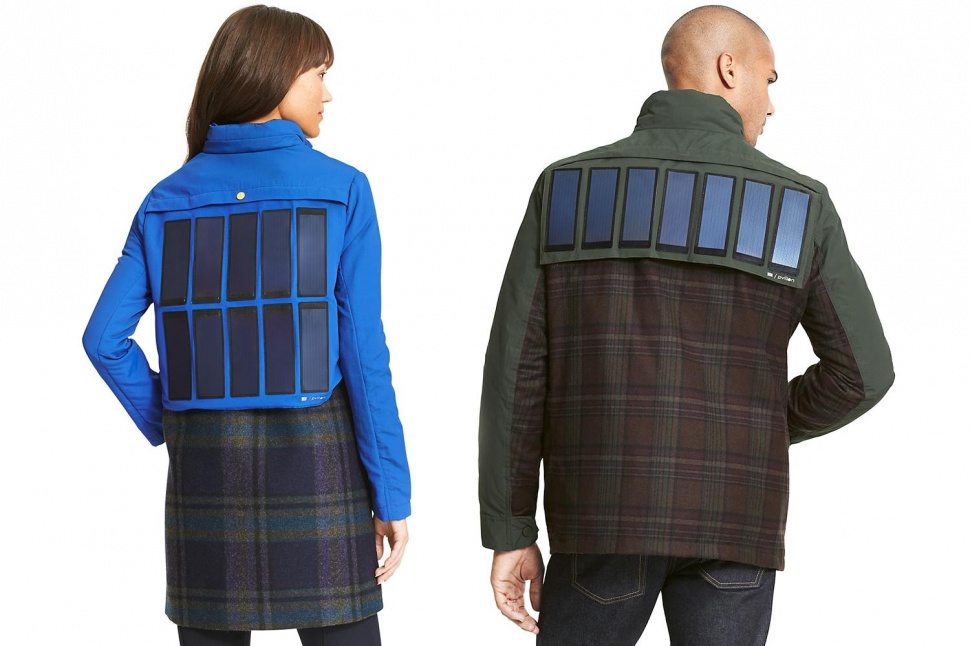 Everyday technology has its own way of amazing people and becoming kinda weird and surprising.Its the similar case to an article i did few weeks back on a bus in the UK that ran on Bio gas from Food and Human waste and didn’t require any fuel or gasoline gas.Well a reputable clothes line maker just gave more reasons to be amazed at technology after it unveiled a solar powered winter and cold jacket,that’s capable of not only keeping you warm and protecting you from rain but also charge two gadgets simultaneously without any need for carrying those portable charges or your gadget charger.

This comes at the perfect time which seems that mobile phone developers are not able to manufacture long lasting batteries  concentrate on better display and speed forgetting these specs suck the juice and life out of these smartphones or gadgets.Its evident and notable that over 70% of all smart phone users have to recharge their smart phones at least twice a day or better still carry portable charges everywhere they go.

However thanks to Tommy Hilfiger that portable charger will now be “wearable” With the assistance of solar manufacturer Pvilion, the clothing label has launched a pair of jackets — one for men, one for women — that has an array of solar panels to collect solar power for charging your gadgets if you find yourself in a power bind.

The jackets, which feature a tartan design (although the ladies’ jacket looks a bit like the Tardis from the back, if you squint), are fitted with water resistant, flexible solar panels that snap on and off easily. A cable runs to battery pack in one of the front pockets, which in turn has a double USB port, so you can charge two devices at once.

When they’re in place and you’re out in the sunshine (although if it’s too hot, a jacket will be the last thing you’ll want to wear), the panels send energy to a battery pack stored in the front pocket. It has two USB ports, meaning the Hilfiger jacket can charge two gadgets at once. Apparently, once the built-in battery is full, it has enough juice to charge a 3000mAh battery twice(or 4 (1500) Amh Gadgets). What isn’t clear is how long it takes for the sun to charge the battery pack, but we have the feeling it’ll be quite a time. Luckily, the pack can be removed and charged at home, then kept topped up by the sun.

Use of Solar power and energy seems to have awakened due to pressure of costs savings from power and electricity bills as well as Environmental protection issues and regulations.The use of solar panels has been evident in various gadgets such as mobile phones ,lighting and water heating in houses,smart watches and cars with the technology having its roots since 1897 a discovery made by Frank Shuman which has been developed over the years.

When fully charged, the battery contains enough power to completely charge a 1,500 Amh device up to four times. It’s not clear how long this process takes collecting power from the sun, but if you find it frustratingly slow, you can also pull the battery out and charge it up from an external power source via USB.