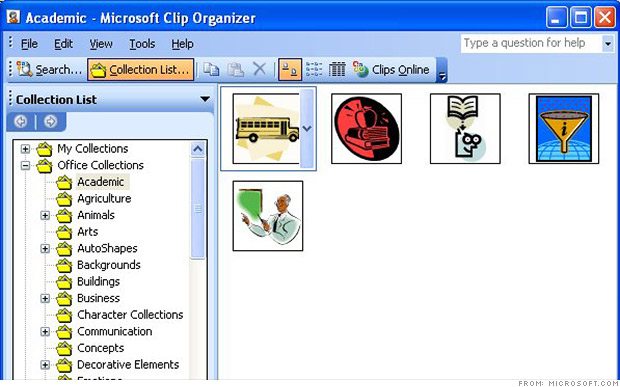 Windows 10 Technical demo preview is up for brags and free download ad this isn’t coming as a surprise from Microsoft after Windows didn’t have much Publicity and anxiety.The Company had actually announced the next version of the Os would be tagged Windows 9 but later changed it to 10.It looks like the “naming and tagging thing”by Microsoft isnt all that stable as the Company is also on a campaign of re branding the Nokia Lumia Variant Smart Phones to Microsoft.

Clip Art is the latest victim of Microsoft’s Strategy plan as the Company earlier on this week announced it would do away with it.Microsoft argues that long are the days when search engines didn’t exist and you has to insert images from Clip art on Microsoft word when preparing documents.With a simple copy “paste thing” a high quality image is inserted into your piece of work,resulting to the replacement of Clip Art with Bing Image search.

Clip Art was introduced in 1993 as part of word 6.0 that had only 82 images however it has grown to host more than 100,000 images online.However there are still some drawbacks and limitations as pulling images from search engines faces problems and issues of of copyright as its difficult to determine who own and has the rights to the copyright.Microsoft has addressed this iisue by coming with a creative common rights filter when inserting images from Bing and also links to the images for review of copyright licensing