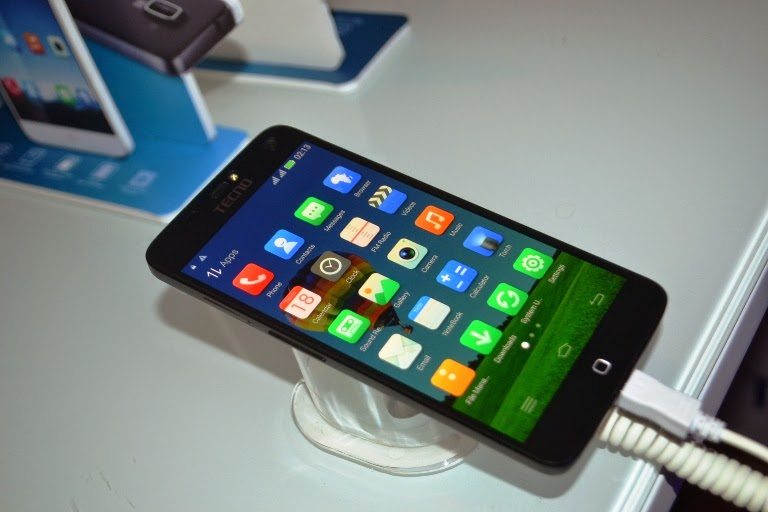 It’s no doubt that Samsung dominates the Kenyan Smartphone market with their entry level devices.  Of course the other players in the market are not happy with this status quo and they are constantly looking for ways to topple Samsung from this position.

One such company is Tenco Mobile Kenya. The company took advantage of the current situation in Kenya (resignation of David Kimaiyo and firing Joseph ole Lenku) and went to Twitter asking Samsung Kenya if it was ready to resign or get fired. The tweet reads as follows,

“Hello @SamsungMobileKE , would you rather resign or get fired as the Top Smartphone provider? #liveSmart.” 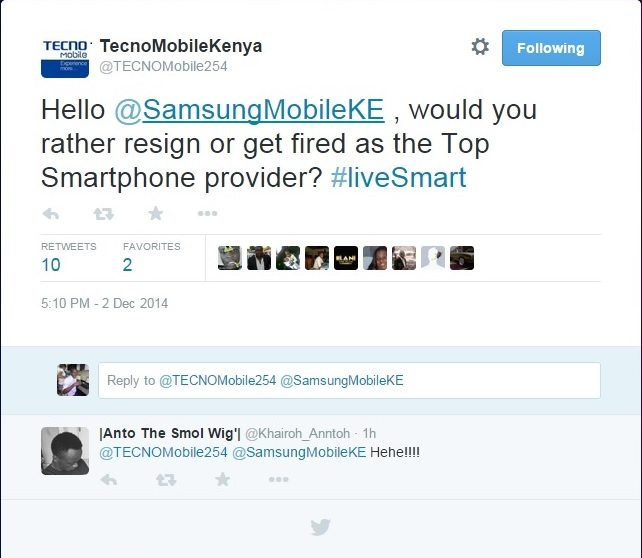 As of writing this, Samsung has still not responded to this. Tecno Kenya has been having such moments on Twitter of late and its quite refreshing if you ask me. This is so because we need to put a human aspect to brands on social media and Tecno seems to be getting it right.

Just recently, Tecno Kenya was at it this time going for the new entrant into the Kenyan market, Wiko Mobile. Although this was not an aggressive attack, it still worth mentioning. 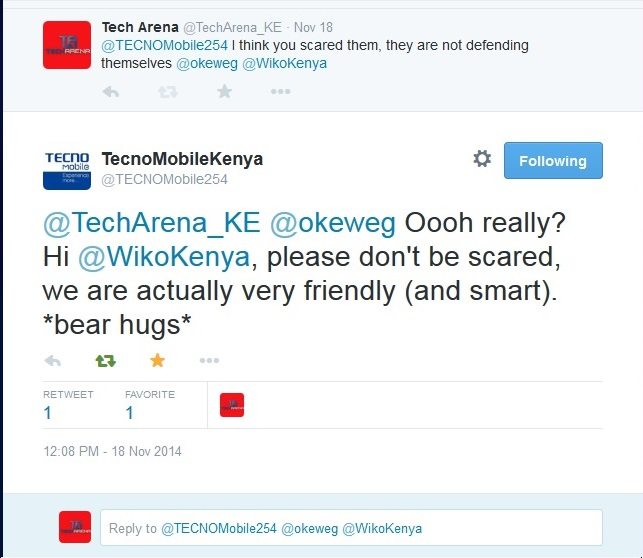 Wiko did not take this lying down as they responded. 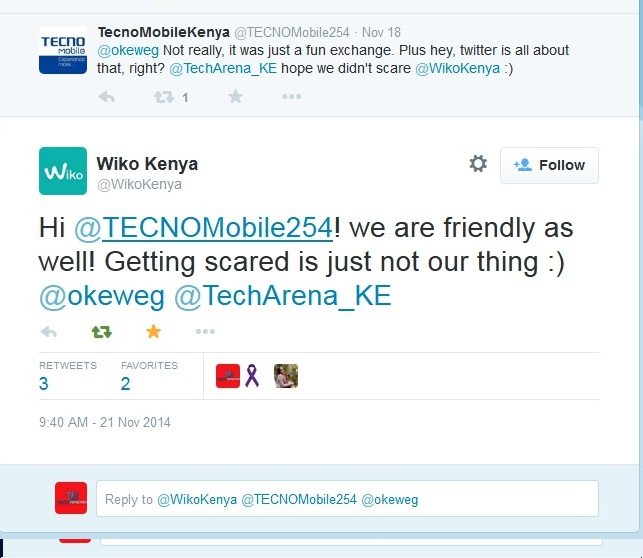 It is always good to see the human aspect behind corporate social media accounts and we hope other companies follow suit.