Samsung’s Gear Vr Headset Will Go On sale in December 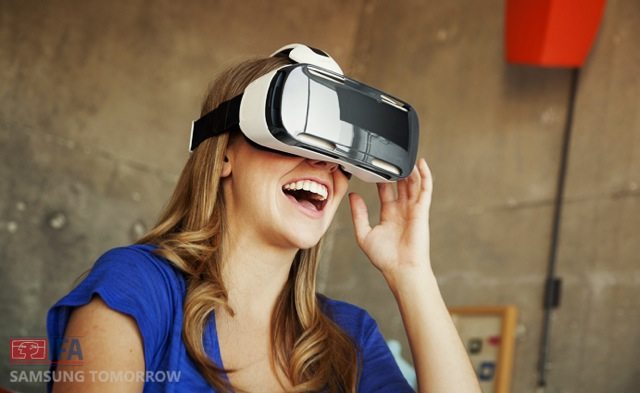 For game lovers and fans of virtual reality plat forms this comes as existing news and info,as the tech giant now believes it will be able to ship the much anticipated head gear early December.The Samsung developer conference saw Samsung announce despite it being the largest Tech developer in South Korea and second most preferred in the world,the company isn’t resting on its laurels as it plans to boost its sales through other innovative technology such as  wearables and the Virtual reality gear.

Samsung president Won-Pyo Hong according to pcmag.com,wooed developers with numbers pointing to spectacular opportunities for innovators in a number of nascent tech markets. By 2017, national governments are projected to spend more than twice as much on healthcare as they do today, he noted. The tens of millions of wearables shipping in 2014 projects to hundreds of millions of units shipped in just a few short years.This comes a while earlier on the year when Samsung announced a virtual reality headset built with the help of oculus Vr,and it seems Samsung  has delivered on its promise.

However,the South Korean electronics giant failed to give an exact date or price for the headset, though it reiterated that on day one there will be software from Oculus ready to load onto Galaxy Note 4 devices (the only device currently compatible with Samsung’s headset or Oculus’s mobile SDK). That’ll include a VR-specific home screen for navigating between apps, a VR movie theater experience, and the Oculus app store.