iOS 8.1 With Apple Pay Is Finally Out 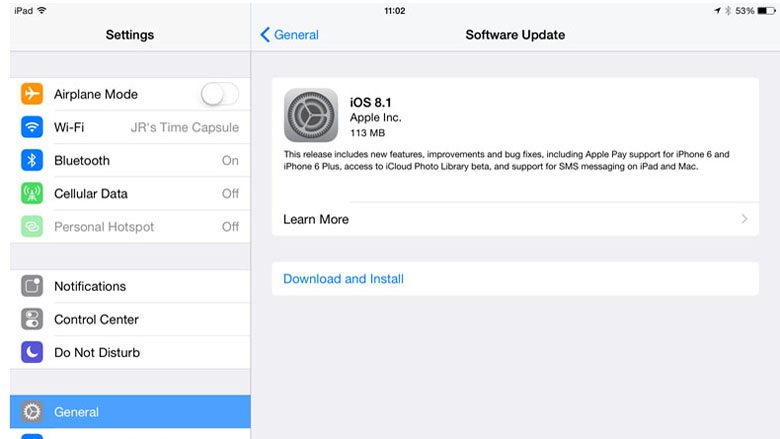 Apple has finally released iOS 8.1 with bug fixes and some additional features. The biggest addition to iOS 8.1 is Apple Pay which the company had promised to make available a few days ago. Apple pay will allow iPad mini 3, iPad Air 2, iPhone 6 and iPhone 6 Plus owners to pay for goods within compatible apps by swiping a finger with Touch ID. Apple pay also allows iPhone 6 and iPhone 6 Plus users to pay for goods by tapping card readers.

Apple pay which was made available yesterday is only available in the United States but it will make its way to other countries in the next few months.

Apple’s iOS 8.1 also comes with additional features that include the new continuity feature that lets iPhones and iPads work better together with Macs. Also included is a new instant hotspot feature that allows Macs and iPads to automatically connect to an iPhone’s personal hotspot if Wi-Fi isn’t in range.

Apple has also sort of fixed some of the bugs that were in the early version of iOS 8 that was released a few weeks ago. Most iPhone users who upgraded to iOS 8 have complained that apps crashed regularly with the upgrade and the cell service was disabled from time to time. Below is a picture to show you some of the key things on iOS 8.1. 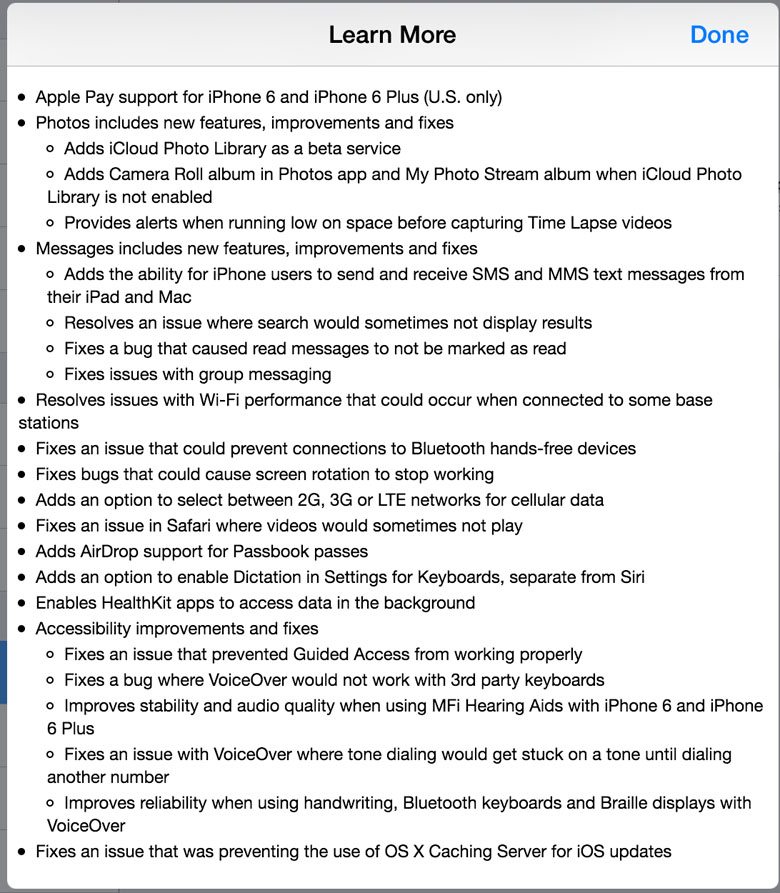