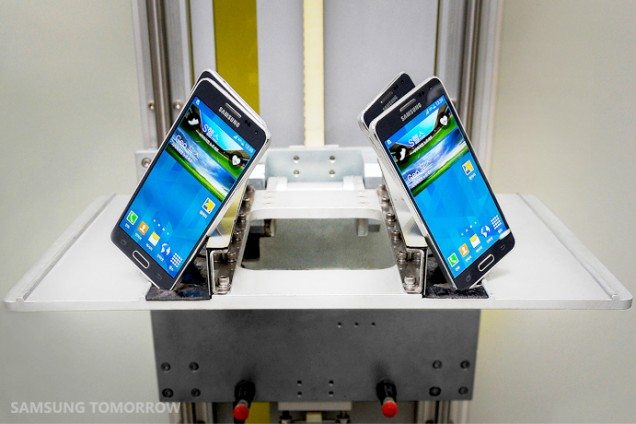 In august this year, Samsung introduced a new devices called the Galaxy Alpha. This will be the first device for the company in a new lineup of devices (the Galaxy A-Series) with metallic frames instead of the plastic covers we have come to associate the company with.

With the first Galaxy Alpha Smartphone out of the way, new photos of the next devices in this line have surfaced showing us what to expect. The new devices are the Galaxy Alpha A3 and Galaxy Alpha A5. With the Galaxy Alpha series, Samsung is clearly focusing on the build quality and not features so the phones look really good with the metallic frames. 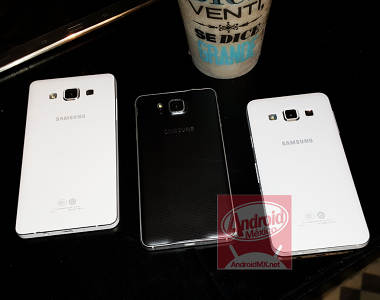 We cannot make out the difference between the two Smartphones from these photo except that the Galaxy Alpha A5 is slightly bigger. The Galaxy Alpha A5 has a 5 inch 720p Super AMOLED screen, 13MP camera that can shoot 1080p videos and will be powered by a Snapdragon 400 (or 410) processor.

The Galaxy Alpha A3 on the other side will have a 4.52 inch qHD Super AMOLED screen, an 8MP main camera that can shoot 1080p videos, a 5MP front facing camera and will be powered by a Snapdragon 410 processor.

Samsung will also unveil another device in the Alpha family, the Galaxy Alpha A7 that is expected to be better that the A3 and A5.