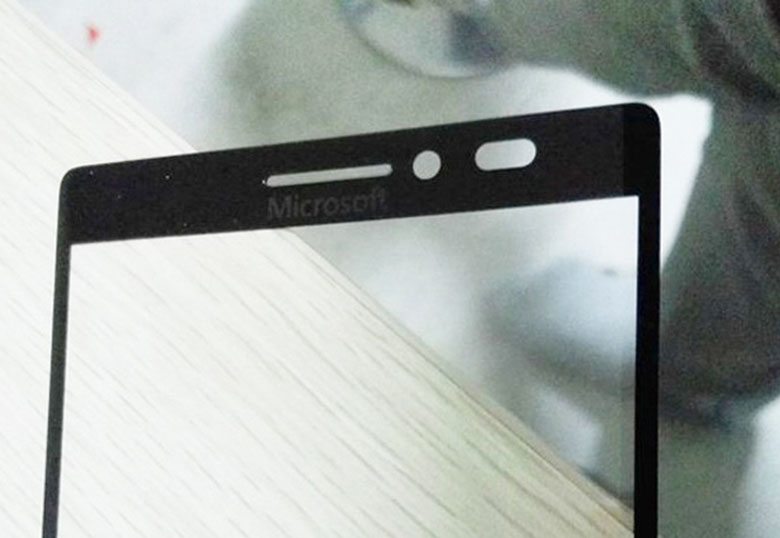 Just a while back, we reported that Microsoft is on course towards adopting Lumia and Windows as the brands that it intends to be identified with. Well, a front panel for a future Lumia device has surfaced, and this goes ahead and confirms the fact that Microsoft is indeed on a course for some major changes. The reinvention is real, and with time, we will start seeing Lumia or Microsoft branded devices.

Nokia has really been a household name for long, and a world of mobile phones where Nokia doesn’t exist is quite hard to fathom. Well, it’s time for change, and the last devices to have featured the Nokia moniker are the recently released Lumia 730 and Lumia 830. Any other upcoming devices from Microsoft are expected to feature a Lumia or Microsoft marking. In this light, the picture leaked shows the front panel of an unnamed device, with the marking ‘Microsoft’ right below the earpiece. In case it materializes and gets released, it will be the first device to rock the new branding mechanism.