Windows Phone Users Get a Taste of Opera Mini 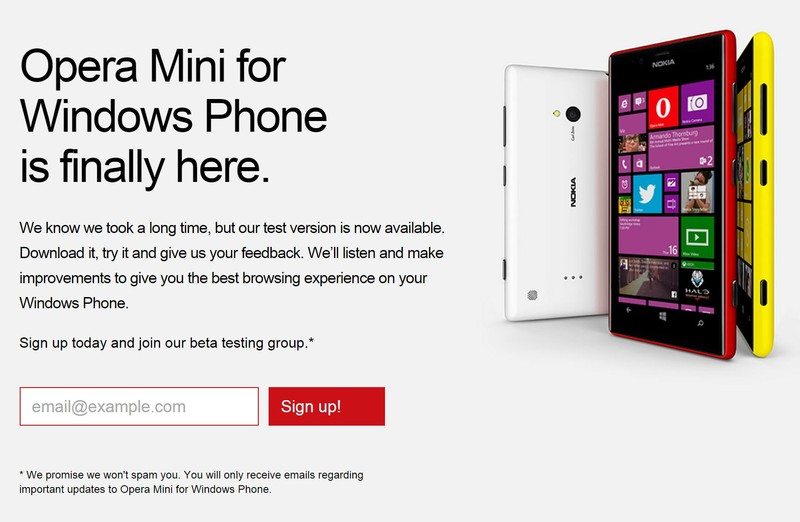 Opera finally stuck to its plan and has the first beta version of Opera mini for Windows Phone. To be among the first users to get the beta version head over here http://www.opera.com/wpbeta. You will be required to enter your email address and the people from Opera will send you a link to complete the download.

“We know we took a long time, but our test version is now available. Download it, try it and give us your feedback. We’ll listen and make improvements to give you the best browsing experience on your Windows Phone.”

The current number of Opera Mini users stands at 300 million and hopefully the number will rise with Windows Phone users now in the mix. Opera is preferred by most people because of its ability to compress data in the background allowing you to use 90% less data.