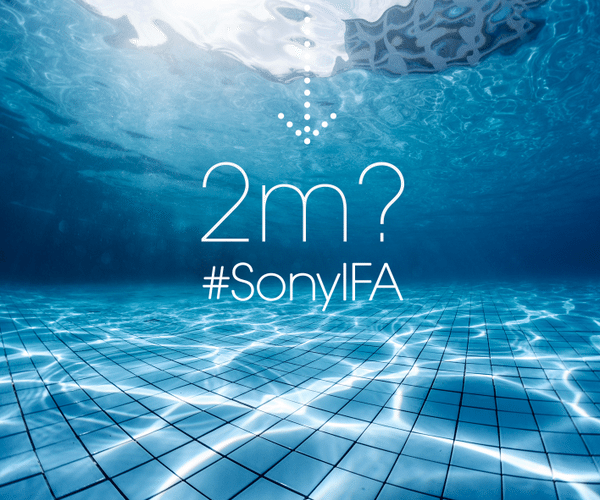 Sony started the water resistance trend that we see in most Smartphones and tablets nowadays. The company’s Xperia Z Smartphone was the first to maintain functionality even when submerged under water. Samsung followed suit with the Galaxy S5 that was unveiled earlier this year.

Sony seems to have mastered the game when it comes to water resistant devices and the company is about to take the competition even higher with the Xperia Z3 devices that it will unveil later this month. The company has been teasing these upcoming devices but refused to give out any further information.

We’ll be getting deep at #IFA2014. But how deep..? #SonyIFA pic.twitter.com/elDGs2wXfl

Sony recently unveiled the Xperia M2 Aqua is both IP65/IP68-certified but Sony recommends a maximum depth of 1.5 meters. For it to go with 2 meters it is really a big leap. Most of the IP68 certified devices (including the Xperia M2 Aqua) can be submerged up to 3 meters but manufacturers normally give their recommended depths that should be observed without risking any damages.