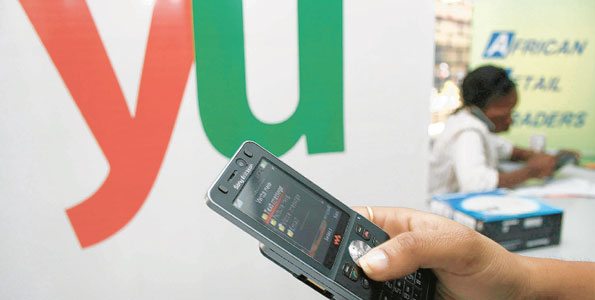 Essar Group, operating in Kenya as yuMobile has finally signed a binding agreement to sell its telecom unit in Kenya to Bharti Airtel and Safaricom. The deal was worth $120 million (approximately Kshs. 10 billion) and will see Safaricom acquire Essar Telecom’s network, IT and office infrastructure while Airtel will acquire yuMobile’s subscribers who now stand at 2.7 million.

yuMobile has been facing financial troubles for a long time now and has never turned a profit since it started operations in Kenya in December, 2008.

The deal between yuMobile, Safaricom and Airtel was announced in March this year and even received approval from the Communication Authority (CA) of Kenya.  It was finalized on Saturday and is now awaiting approval by the Competition Authority of Kenya (CAK).  Essar expects this deal to be sealed before the end of the year.

Essar said in a statement that yuMobile will continue operating and serving customers during this period untill the deal is sealed.

As for the employees, Madhur Taneja, yuMobile’s chief executive officer said that close to 90% of the existing employees will be absorbed by Safaricom and Airtel.

In a statement, Bharti Airtel said that Airtel Networks Kenya Limited (Airtel Kenya), a wholly owned subsidiary of Bharti Airtel International Netherlands BV has signed a definitive agreement with Essar Telecommunications Kenya Limited, which operates under the brand name yuMobile to acquire its over 2.7 million subscribers.

This deal will see Airtel cement its second place position in the Kenyan market by growing its subscriber base from 5 Million to over 7 million.