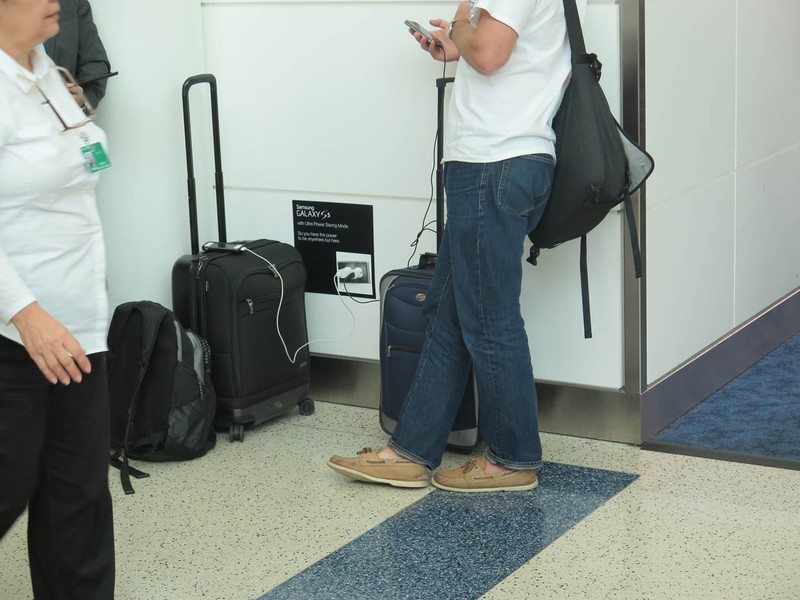 Samsung and Apple have the weirdest relationship you can either think of. On one part, the two work together with Samsung supplying Apple with some components to be used on their iDevices and on the other hand they are taking each other to court due to patent issues. These companies have also mocked each other before in advertisements as they try to push their device to the customers.

The latest mockery comes from Samsung in the US that makes fun of the iPhone’s poor battery. In this new campaign, Samsung has placed mini ads next to the power outlets in select airport around the United States. The ads read, “The Samsung Galaxy S5 with Ultra Power Saving Mode. So you can be anywhere but here.”

In the video ad, Samsung shows iPhone users missing a lot as they spend most of the time next to the power outlets as their phones are out of power.

Below is a video of the hilarious ad campaign.