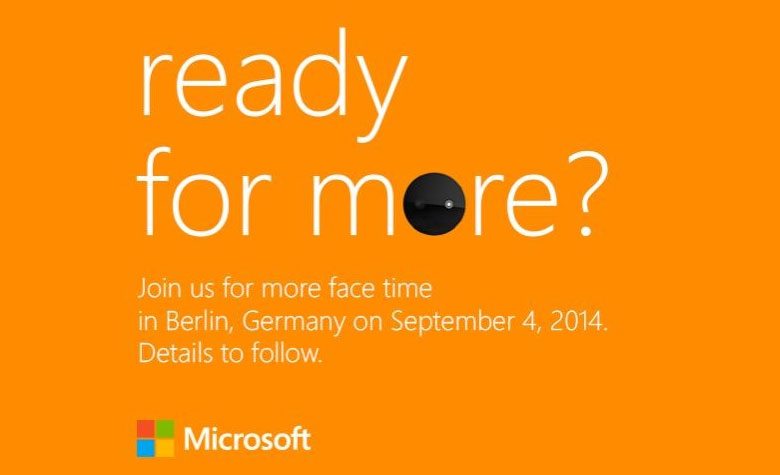 At this point we know that the selfie phone (Lumia 730) from Microsoft is coming. Well we probably are not that sure as Microsoft has not confirmed it but if the rumours are true (they normally are), the Lumia 730 will be the first ‘selfie phone’ running Windows Phone. A ‘selfie phone’ is basically a Smartphone with a high capacity front facing camera mostly above 5MP.

The best Microsoft has done is to tease the Lumia 730 that will probably be unveiled at this year’s edition of the IFA to be held in Berlin Germany from September 5 to 10. In a press invite sent out, Microsoft teased ‘Join us for more face time.’ The face time feature is mostly used with the front facing camera and this indicates the Smartphone they will unveil during this event will have a better than normal front facing camera.

Still on the invite, the “o” in more looks like a lens bringing us back to the camera.

Stay tuned for mote of this as it develops and mark September 4 on your calendars as this is the date Microsoft’s IFA event will take place. The company will also use this event to unveil other devices running Windows Phone 8.1.