LG set to unleash the LG G3 Stylus against the Galaxy Note 4. 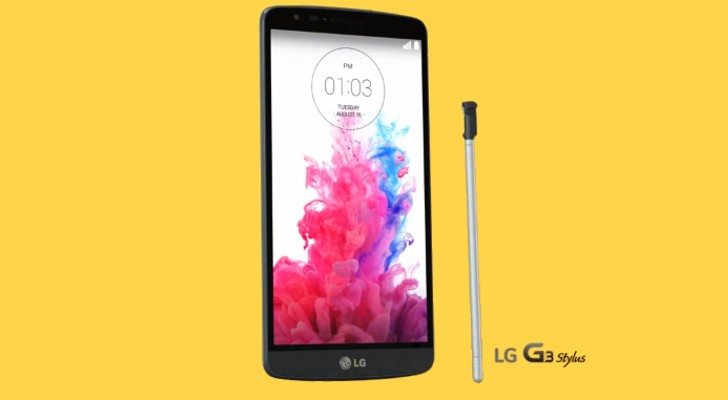 The contemporary society has greatly changed, especially in matters that revolve around gadgets and devices. It is in this life that devices such as the Apple iPhone 6 generate so much interest that some people may consider it insane. The same goes for other top devices from companies such as Samsung, LG, and Nokia to name just the most popular. The slightest leak on any upcoming device from these manufacturers triggers an online furore, to an extent that it even gets overwhelming. The competition and rivalry is getting tighter by the day, and there is no evidence of any of them being lax.

In this regard, LG is apparently polishing a device to battle the Samsung Galaxy Note 4 even before its official release on September 3rd. This device, likely to be christened the LG G3 Stylus, will be aimed at the market segment that is currently dominated by the popular Galaxy Note series. The original Galaxy Note device was just experimental in nature, as Samsung was judging the market for phablet feasibility. Its success, however, led to the release of the Note 2, and later on Note 3. And now, the fourth iteration of the device, the Note 4, is set to be unveiled September 3rd.

The Note series has been the epitome of mobile device extremity for long, featuring the most high-end specifications. One of its major distinguishing features has been the stylus pen included. While some people have loved this stylus, others have felt that it is largely useless and should be done away with. Nonetheless, Samsung has stuck to their guns and included the stylus in all versions of the Note. LG has now borrowed a leaf from Samsung, and the main notable difference between the conventional LG G3 and the LG G3 stylus is, as the name suggests, just the stylus.

Not much is known about the LG G3 Stylus as of now, except for the stylus, but it will most probably have top-notch specifications for it to battle it out with the Note 4. Moreover, it will most likely feature the QHD display that is on the conventional G3. As such, it is highly expected that the Note 4 will also have a 1440 by 2560 QHD display.

Suffice to say that LG is really trying to position itself as a worthy competitor in the industry that has lately been a battlefield for Samsung and Apple. Indeed, the 5” LG G3 Beat punctuates this statement, and the upcoming LG G3 Stylus is a clear statement of their intentions.