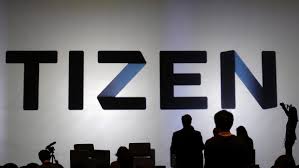 Samsung may be facing challenges in regards to its hopes of launching devices running its own software Tizen. This follows delays in the official launch of Samsung Z, the first smartphone that was touted to run on the Tizen OS. As of now, the company has not given out a specific date for the launch of Samsung Z, and this forms fertile speculation ground for tech analysts. While Samsung’s official position on the matter is that more time is needed to make the OS more fluid, and streamline the ecosystem, analysts and others in the know posit that Tizen may be in some slight trouble. Samsung’s talk of enhancing the Tizen ecosystem is in reference to increasing the number of apps available, given that the first devices that were based on Tizen, Gear 2 and Gear 2 Neo, were majorly set back by a lack of apps.

In today’s world, the availability to run apps is valued more and more by most consumers. This cannot be easily wished away by high-end specs. Indeed, Samsung Z has some serious hardware specs, spotting a fingerprint sensor, 2GB RAM, 16GB internal storage and micro-SD support up to 64GB. In addition, it is to have a 4.8inch HD screen, and is to be powered by a 2.3GHz Quad core processor. But all these mean nothing if the device falls short in terms of apps.

Samsung’s Tizen efforts are widely considered as its attempts towards realizing its own ecosystem, and breaking away from Google’s Android. As much as the public is continually fed with connotations of a cordial relationship between Google and Samsung, it is believed that Samsung is greatly interested in realizing the full benefits of the range of customizations that it can subject its phones to, given that Google’s Android is actually limiting in a manner.

In comparison, Tizen is relatively way below Android, particularly in terms of apps. Perhaps this is what has continually kept Samsung from launching Tizen powered smartphones. The eco-system is still relatively underdeveloped, and Samsung is racing against time to make it ready for mainstream commercial use. Hopefully, they will be in a position to make this possible within the near future, since Samsung Z has been rumoured for quite long, and people should now be in a position to experience it, even if better versions of Tizen will come later on.