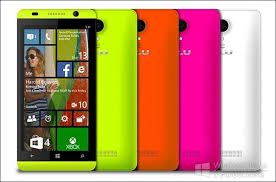 HTC is getting closer and closer towards unveiling its flagship, the HTC One M8, but this time running Windows Phone OS. In fact, the phone will operate on the latest Windows Phone software, with all the latest updates available for Windows Phone 8.1. Apparently, it is going to be called the “One (M8) for Windows”. The launch date is set for August 21 on the US carrier Verizon, before being rolled out for other markets. The device will not be any different from the one currently available on Android, since it will feature all the specs that the Android One has. These include the Duo Cameras, Boomsound, brushed aluminium, and general form factor. Moreover, the Windows version of the M8 will also come with the Dot View Case that integrates advanced Smart Cover that Microsoft revealed a while back.

News about HTC’s launch of an M8 powered by Windows Phone have been floating around for quite some time. About a month ago, the same rumoured device passed Wi-Fi certification, increasing the speculation on its imminent release. These increased reports and information leaks point to the fact that indeed, Microsoft and HTC could be working hard towards its realization.

August 21st is approaching fast, and we can’t wait to see how the One (M8) for Windows stacks up against the rest in the market.