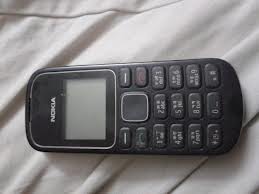 Microsoft is truly undergoing a major transformation. After announcing the start of significant job cuts, the company went ahead to hint at the looming possibility of quitting its attempts at gaining some of Android’s market share by cutting out its Android attempts. As if that is not enough, Microsoft has now come up with yet another strategy, it is doing away with Nokia’s iconic feature phones. I bet this may be quite devastating for Nokia as a company, since Nokia’s feature phones have been the most prolific of Nokia’s strengths.

Nokia has a rich history, particularly looking at its days as the world’s number one handset maker. This position was held for quite a long time, and maintained, courtesy of the feature phones that Microsoft is about to do away with. Indeed, the highest selling mobile handset of all time is a Nokia feature phone, the Nokia 1100, with over 250 million handsets sold. This highlights the level of influence that Nokia’s feature phones had, and I believe they continue to have. As much as feature phones really don’t have a future in the world of high-end flagships, they are still quite popular in the developing world, and Microsoft should have a second thought before scrapping them off.

All in all, Microsoft must have consulted business analysts before pulling such a move, and they must be having a good reason for it. Technically, the majority of cell phone users either have feature phones or Android devices, and Microsoft’s lack of representation in either of the two does not sound good at all. Nevertheless, all we as consumers can do is sit back and look at how events will unfold.