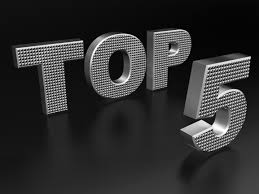 With the continued rivalry among the best handset makers, innovation in the mobile industry is getting more and more difficult. This is because each company is putting its best foot forward and coming up with the best device possible. Actually, the competition is positive in that it pushes the limits of technology at a much greater pace. Despite the difficulty in innovating, some companies still manage to come up with ideas that are openly genius, and are quite promising in terms of technological advancement. Consequently, let us take a look at some of the top ideas likely to be advanced in mobile devices in the future. It is worth noting that the top three of these innovations are being championed by Oppo, a relatively unknown company.

First off, let’s start with the o-click. This is a small Bluetooth device that is to be used to control a mobile device from a small distance. This may be used to take photos, and it works much better than a timer, as a timer’s countdown may be over even before an individual is ready. Other features could be added to the o-click to make it much better. Though it is just pioneering in the Oppo N1, this feature could open a new world of opportunities. 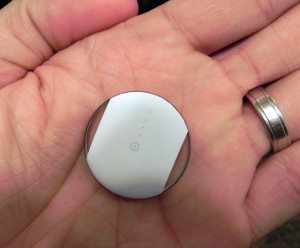 A rotatable camera is also quite interesting, especially because it enables the same resolution for both the front and back photos. In most phones, the back camera is usually more powerful than the front one. With Oppo’s idea, a mobile device will require only one camera to take both selfies and conventional photos. Having only one camera improves performance and also makes a device thinner due to the reduced complexity. In addition, shots can be taken at the weirdest of angles as the camera can be swivelled to the top of the device, the point that contains the headphone jack in most mainstream devices. 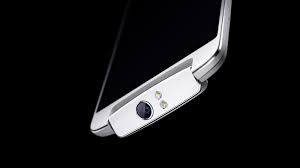 Most devices keep getting larger and larger by the day. The most notable challenge is one-hand operability of such devices. In order to try and solve this issue, Oppo has introduced a small area on the back of the N1 that acts as a touch pad to scroll, select and close apps while operating the device. The N1 is pretty large at 5.9inches, however, the o-touch makes it much easier to use, and this highlights the importance of including a touch pad for large mobile devices. 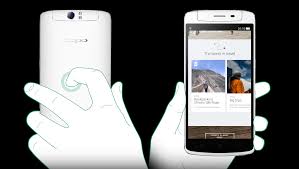 The knock-code gives us a break from Oppo and their innovations. Originally introduced by Nokia as “Double Tap” in the Nokia N9 (and even the Nokia 6600), the knock feature has been popularised by LG and its G series. Even though it is rarely highlighted as a revolutionary feature, it is quite essential especially in its various modifications whereby certain knock sequences and patterns directly launch a given app and perform certain tasks. With more and more improvement, I believe this is poised to become an essential feature in mobile devices, particularly after one learns to master it.

Though this is still in its experimental stage, curved screens can easily result into a new form factor and change the mobile industry. There are already two handsets that feature curved displays, the Samsung Galaxy Round and the LG G Flex. While the Galaxy Round is curved horizontally, the G Flex is curved vertically. The Round’s curvature makes it much easier to type on the device while the G Flex’s curvature makes it more ergonomically precise during calls. The differences mean that a lot can still be achieved with these curved displays, and it’s only a matter of time before their true advantages can be appreciated. 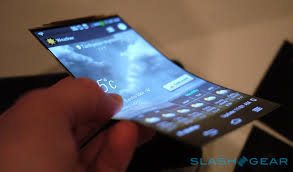