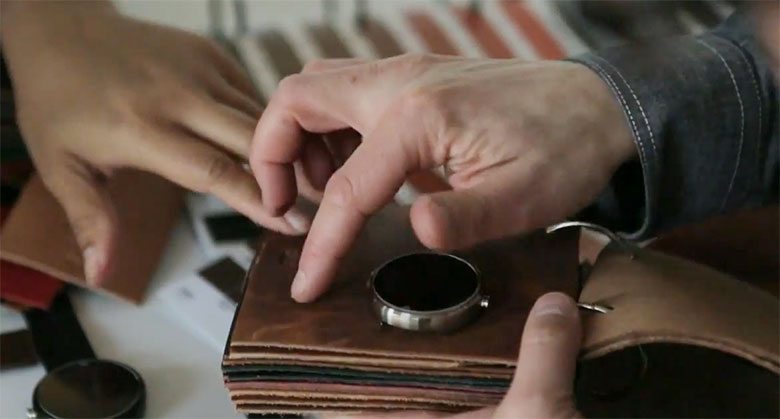 Motorola was among the first manufacturers to say that their Smartwatch, the Moto 360, would be running Android wear. Android wear is essentially the Android we are used to on Smartphones but the difference is that Android wear is built specifically for smartwatches and other wearables. Android wear was announced a few months ago but we only got to see what it looks like at Google I/O a weeks ago.

At Google I/O we expected Motorola and LG to unveil their smartwatches but in the end LG and Samsung were the only manufacturers with Android wear smartwatches. This was not a bad thing as the two smartwatches are really good and represent a new phase of Smartwatch technology.

For Motorola, the company did not say much about their Smartwatch, the Moto 360, but rather said it would be coming sometime later. The real reason behind the hold back is because Motorola wants to launch the Smartwatch the same time their unveil their next Smartphone the Moto X+1. This is quite a genius move that has been done by Samsung before and worked.

The move may help Motorola improve sales given the fact that the Moto 360 looks good and people may opt for the Motorola Smartphone just because of the Smartwatch.

To keep us even more interested on the Smartwatch Motorola has released a new video showing us why the Moto 360 is the best.

In the video Lior Ron who is the Moto 360 Product Lead discusses why the company opted for a round display and not square like what we see in other smartwatches. The obvious reasons for this design are comfort and classical design but Mr. Ron explains that the round display does not offer less screen real estate as some people think but it gives users a chance to have more on-screen content than squared screens.

In the end, he says that the Moto 360 will be available in the next 2 months or so.