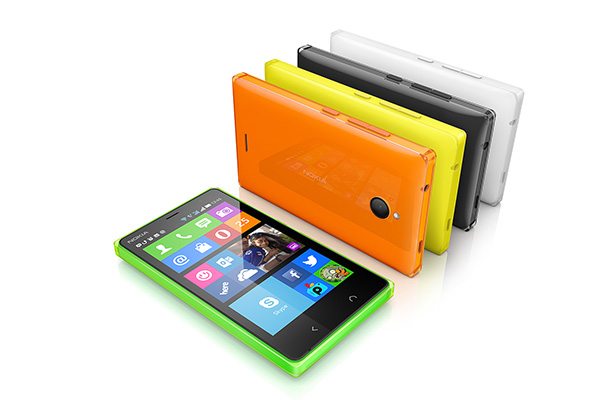 After the positive reception of its first Android device, the Nokia X, Nokia went back to the drawing board to work on its next Android smart phone the Nokia X2. The Nokia X was unveiled in Kenya March this year and saw positive feedback from customers. When the rumours about the Nokia X2 surfaced, I did not know what to make of it as I was one of those who thought Microsoft will kill the Nokia X line. At the end it looks like I was wrong as the Nokia X2 has finally been unveiled.

The Nokia X2 is retailing at €99 before tax (approximately Kshs. 11,795) which is not that different from what the Nokia X is selling at. What the Nokia X2 brings to the table is enhanced performance, quality hardware, unique fastlane experience and popular Microsoft services.

According to Nokia’s blog, “the Nokia X2’s stylish exterior remains as bold as the original Nokia X but incorporates a brand-new cool translucent outer layer, making it really shine whatever the time of day.”

Nokia X2 added a dedicated Home button that combined with fastlane makes navigation easier. The back button is also included and it enables quick and easy multitasking.

One major addition to the Nokia X2 navigation option is the new ‘apps list’ that gives the Nokia X2 a Lumia experience by making it easier for you to access your most used apps.

The Nokia X2 measures 121.7 x 68.3 x 11.1mm and weighs 150 grams, this is a little bit heavier than the first Nokia X that weighs 129 grams. Under the hood, the Nokia X2 has a 1.2GHz dual-core Snapdragon processor, 1GB of RAM and 4GB of internal storage. There is also a microSD card slot that supports up to 32GB cards.

The screen of the Nokia X2 uses ClearBlack technology of measures 4.3 inches with a resolution of 800 x 480 pixels. This gives it a pixel density of 217ppi.

At the back of the Nokia X2 is a 5MP camera with auto focus and LED flash.

Some of the Microsoft apps that come with the Nokia X2 include Skype, Outlook.com and OneDrive with 15GB storage. Additional services and games are available from the Nokia store.

The Nokia X2 has dual SIM capabilities and will come in glossy green, orange and black with glossy yellow, white and matt dark grey completing the colorful range later.