Nokia Dives Into Android Again With The Nokia Z Launcher 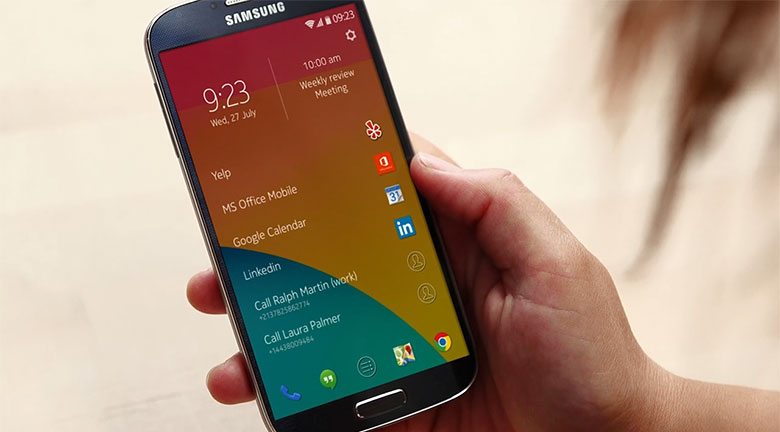 Nokia has been in the news lately with all kinds of information from the acquisition by Microsoft to the company’s first Android Smartphone, the Nokia X. Getting into the Android market was very confusing as Nokia is tied into Windows Phone OS with their Lumia devices. Overall, the Nokia X Smartphones were received well and there is even news that Nokia is working on their successors to come in 2015.

Microsoft acquired Nokia’s Devices & Services divisions after approval by various governments leaving behind Nokia’s technologies group. This is the arm supposed to carry on with Nokia’s name and from the look of things, it sure is doing it well. This is because the company has just unveiled its own launcher for Android, dubbed Nokia Z. The Nokia Z is a minimalistic launcher design to supercharge productivity.

Android launchers are very popular and even Facebook tried its luck with one last year, Facebook Home for Android,  but failed to convince Android users to leave their  default launchers for it. This does not seem to scare Nokia as their new launcher arrives.

The Nokia Z is still in limited pre-beta mode and can be downloaded from the company’s dedicated website https://www.zlauncher.com/ . The main aim of this launcher is to give you a short list of all the relevant apps, reminders and contacts on your home screen. This launcher is designed to give you only what you need as the apps available will change from time to time based on your activities and time of day. So for example if you are always on Facebook at around 1PM, the Facebook app will be shown among the apps on the home screen at this time everyday even when you do not activate it. Nokia Z launcher will get better at predicting these activities as you continue to use it.

The Z launcher will integrate basic handwriting recognition to help you get to your apps easily. All you have to do is trace the first letter of the app and all the matching results will be opened.

This is just a limited pre-beta release available on a handful of newer model Smartphones running Android 4.1 or later. Some of the Smartphones the launcher supports include Nexus 5, Galaxy S5, Galaxy S4 or Galaxy S3, Moto X, HTC One or Sony Xperia Z1.

Note: Some people claim that it does not support rooted Smartphones.