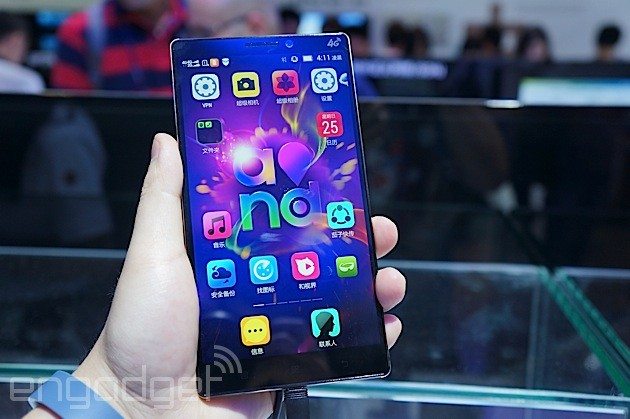 Lenovo is a very big player in the Smartphone market but most of the times the company is outpaced by its rivals including Samsung, LG and Huawei. The company is one of the top 5 Chinese Smartphone manufacturers and it recently bought Motorola Mobility from Google in a move that will see it expand to the US market.

Even before buying Motorola, the company had a good thing going on with one of its sleekest devices, the Vibe Z. This was the first LTE Smartphone for the company and it seems it will be getting a successor very soon.  The successor referred to as Lenovo K920 has just been spotted at the Mobile Asia Expo.

The Lenovo K920 has a unibody metallic-looking design that looks absolutely gorgeous. It will have a 6 inch display screen with a resolution of 2560×1440 pixels. This will be the first device from Lenovo to have QHD.

The rear camera will have 16MP while the front facing one will be a 5MP one. Under the hood there will be a quad core Snapdragon 801 processor with speeds of 2.5GHz. The Lenovo K920 will have 3GB of RAM and 32 GB of internal storage. It will have dual SIM capabilities meaning that it will mostly be headed to the emerging markets.

This Smartphone will of course launch with the latest Android version, Android 4.4 KitKat.