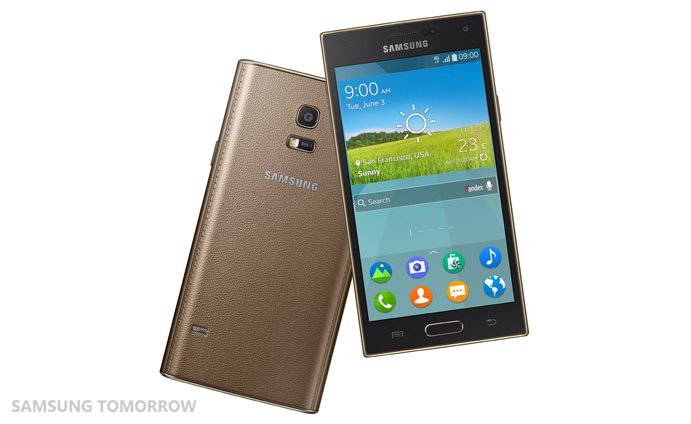 Samsung has today officially announced the Samsung Z, the first Tizen powered Smartphone. The device has been rumoured for quite some time now and picked up pace early this year when Samsung unveiled the Gear 2 and Gear 2 Neo smartwatches running Tizen. In late April, we told you that Samsung was planning to launch its first Tizen powered Smartphone in May but this date Was pushed forward to June.

Tizen is a lot more like Android having the same Linux roots but it embraces HTML5 written apps and not Java.

The Samsung Z will be headed to Russia first as from July this year before hitting other markets. The phone has some serious software and hardware specs just like those on the Galaxy devices running Android.

The Samsung Z has a 4.8-inch Super AMOLED screen with a resolution of 1280x720p. Under the frame, the Samsung Z will run Tizen 2.2.1with a 2.3GHz quad core processor with 2GB of RAM and 16GB of internal storage expandable using a microSD Card slot. An 8MP camera sits at the back with a 2600mAh battery below it. The front facing camera will have 2.1MP.

It is still early to say if this Smartphone will be a success given that Tizen is still a new platform. Samsung and the whole Tizen team will have to push for the adoption of their new platform by users who will then encourage developers to create apps for the platform if they are to grow.

The Samsung Z is made mostly for emerging markets and will come in black and gold colours.