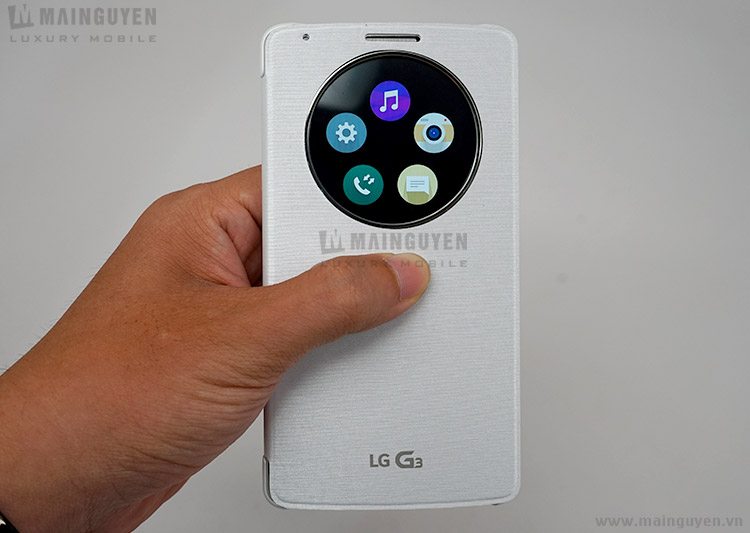 LG recently announced the QuickCircle Case which will be the official cover for their upcoming flagship, the LG G3. The cover was officially announced on last week on Thursday (May 22) but I did not make much of it at that time. The case was announced officially but I thought it would make more sense if I talked about it today given that the G3 is expected to see the light of day tomorrow (May 27).

LG showcasing the case before announcing the G3 is a genius move that is aimed at driving conversations around the G3 so that more interest will be on it when it is finally unveiled.

LG refers to it as a Quickcircle case for no reason as it has a circular window on the flip cover. This window allows you to see glanceable information as well as answer calls, send messages, access the camera, music player, health app and the setting tab.

If you are a developer, there is some good news for you as LG will provide an SDK next month so that you can play around with it to enable functionality of your apps to take advantage of this.

Below is the video showing the  Quickcircle, we will know more about this case and the G3 when LG unveils them officially tomorrow.